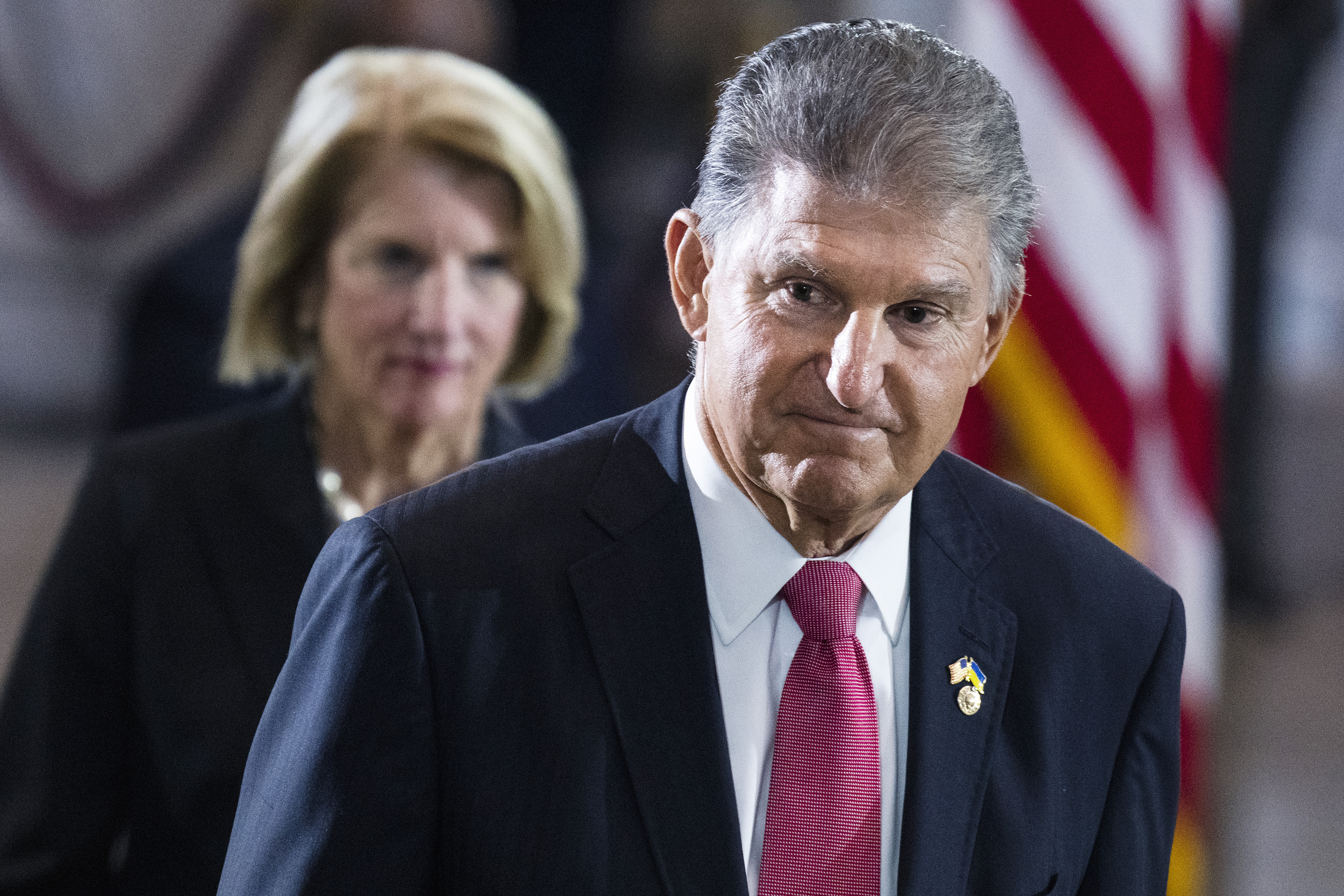 In a statement issued by the White House, Biden pledged to tackle climate change and clean energy through executive action, should Congress not act legislatively. But he also asked Senate leadership to pass a narrow bill that would “give Medicare the power to negotiate lower drug prices and to prevent an increase in health insurance premiums for millions of families,” and to do so before the August recess.

That timeframe is an informal commitment to pass a package along the lines of what Manchin has pushed for. The West Virginia Democrat told party leadership this week that he would not support a larger bill that included climate provisions and tax increases. He clarified on Friday that he might be able to support those measures but only after July’s inflation report comes in. That would require Congress to wait until after the August recess with continued uncertainty if Manchin would even support the final measure.

Biden, in his statement, all but told lawmakers not to take such a risk.

“Families all over the nation will sleep easier if Congress takes this action,” he said. “The Senate should move forward, pass it before the August recess, and get it to my desk so I can sign it.”

Senate Majority Leader Chuck Schumer and Senate Democrats are planning to move forward next week on the prescription drug price deal, a Senate Democratic aide said Friday afternoon. But they need to make sure it will pass muster with the Senate parliamentarian to conform to the strict budget rules governing the so-called “reconciliation” process, which allows legislation to pass with a simple majority.

Biden’s statement comes after the White House for months largely left negotiations with Manchin up to Schumer. But after Manchin issued his latest ultimatum, Biden wasted little time wading in to head off an intra-party feud.

“Democrats have come together, beaten back the pharmaceutical industry and are prepared to give Medicare the power to negotiate lower drug prices and to prevent an increase in health insurance premiums for millions of families,” Biden said in his statement.

The conciliatory tone stood in contrast to the deep disappointment rippling through much of the rest of the party. Democrats’ planned climate, tax and prescription drugs bill already represented a far smaller package than the $1.5 trillion plan negotiated last year, before Manchin blew up those talks in December.

Now, after effectively asking Manchin for months to write his preferred legislation, Democrats’ remaining best-case scenario is passing drug price reforms and a temporary extension of enhanced Obamacare subsidies. The subsidy continuation Manchin has requested would force the party to confront the prospect of rising premiums again in two years — just ahead of a presidential election.

Party operatives also worry the slow whittling down of the bill has decimated enthusiasm among the Democratic base, as voters watched popular provisions stripped away one by one. For decades, Democrats sought a major prescription drugs overhaul, said one person close to Democratic leadership. But now, on the verge of making it happen, it feels like a consolation prize.

“The damage caused by this endless waiting game doesn’t get you results,” the person said, “and further increases the grassroots disenchantment and keeps Biden from doing things elsewhere.”

Democratic lawmakers throughout Friday teed off on Manchin over his rejection of a broader reconciliation deal, blasting him as untrustworthy and lamenting the months spent trying to reach an agreement.

“Whenever he sends mixed signals, the signal to me is really clear,” said Rep. Dan Kildee (D-Mich.). “Anything that’s not absolutely yes, today is no when it comes to Joe.”

The White House would eventually arrive at the same conclusion. Officials on Friday morning initially latched onto Manchin’s suggestion on a West Virginia radio show that his position had been misrepresented — hoping there might still be an immediate path toward a deal that included climate and tax provisions.

Democrats, Manchin told radio host Hoppy Kercheval, are trying to “put all this pressure on me. I am where I have been. I would not put my staff through this. I will not put myself through this if I wasn’t sincere about trying to find a pathway forward to do something good for our country.”

But it quickly became clear that would mean waiting until September, raising the risk that Manchin could pull out once again and leave Biden empty-handed just before the midterms. The White House and Democratic leaders had already spent months trying to negotiate a deal that fit Manchin’s specific parameters, only to see him alter his demands in the final stages. There was no guaranteeing it wouldn’t happen yet again.

“We’re all frustrated and infuriated and we still have to do what we can to scrape any small victories out of this divided Senate,” Sen. Ed Markey of Massachusetts said in an interview. “I think President Biden is committed on the climate issue. I think he’s disappointed that this has fallen apart.”

Speaking to reporters from Saudi Arabia Friday afternoon, Biden was asked if he felt Manchin had been an honest broker during the negotiations.

“I didn’t negotiate with Joe Manchin,” he responded. “I have no idea.”