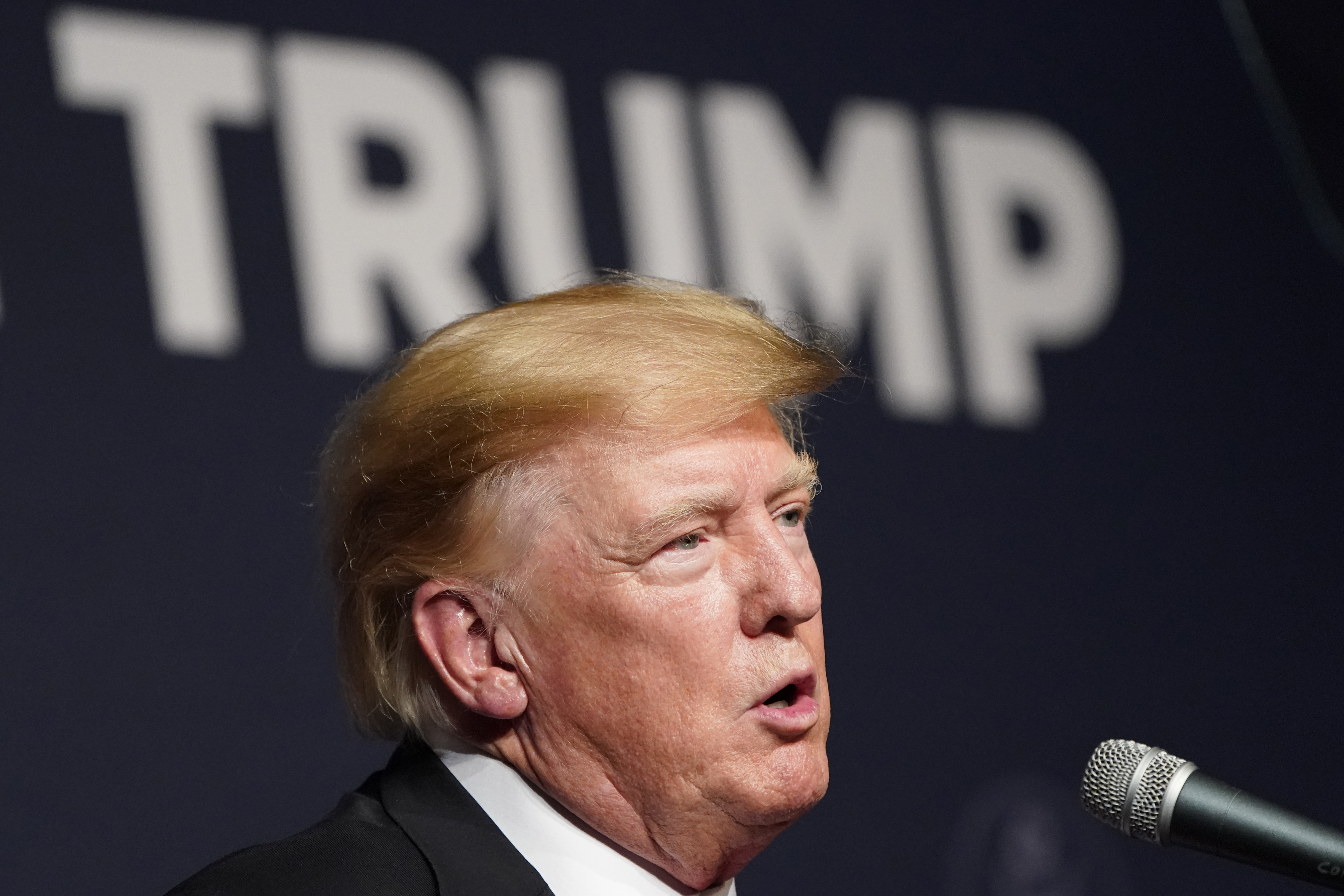 Donald Trump has quietly convened some of his wealthiest and highest-profile supporters for intimate dinners in recent weeks, where the groups have talked about the former president’s 2024 election plans — and debated when he should make his expected comeback bid official.

The gatherings have taken place in Houston, Nashville and, last Friday evening, in Las Vegas, where billionaire casino mogul and longtime Trump friend Phil Ruffin implored the ex-president to launch another run for the White House soon. The consensus has been that Trump should run again — the only question being when he should announce, with most echoing Ruffin’s view but others saying Trump would be better served by waiting until after the midterm elections.

The previously unreported dinners, which were described by four attendees, provide a window into Trump’s deliberations and show how he has quietly begun to reassemble the political network that he cultivated in the White House. With other potential Republican candidates circling, holding their own donor meetings and making plans for 2024 runs, the former president is taking subtle but concrete steps to prepare for his next campaign. 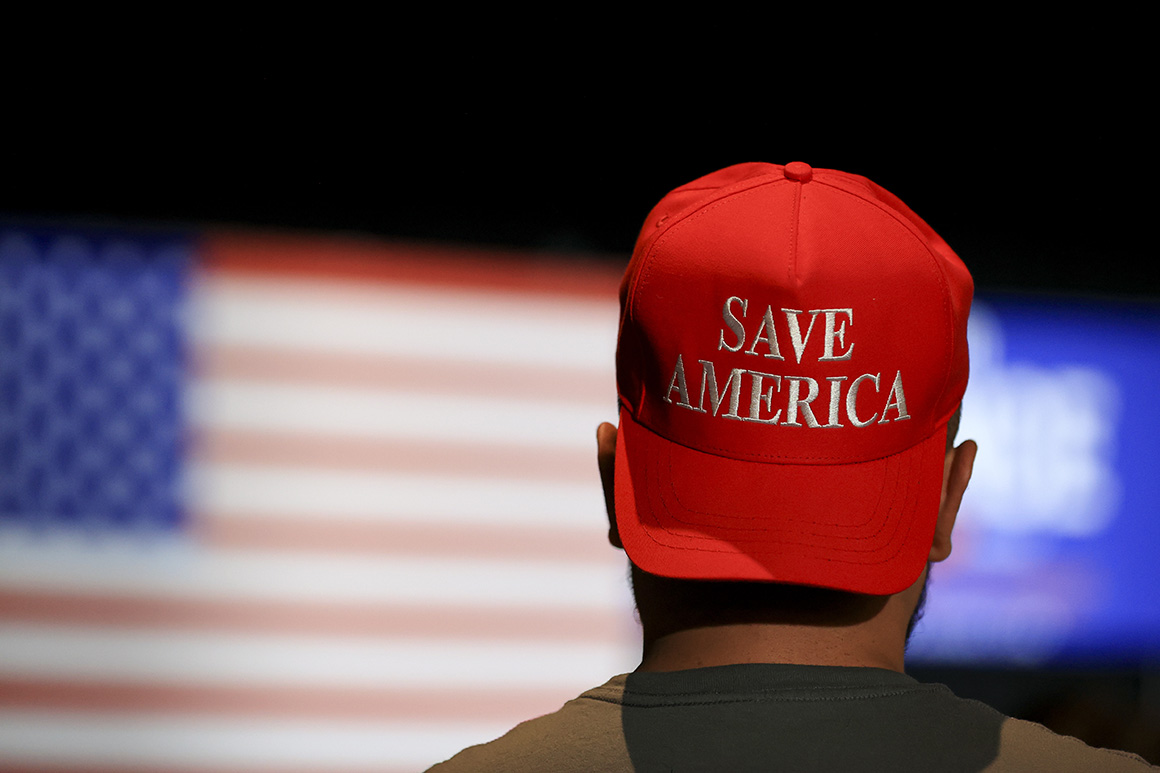 The informal, off-the-record dinners are not designed to focus on the 2024 race and typically center on other issues — during one, South Carolina Sen. Lindsey Graham got into a contentious back-and-forth with country music star John Rich over coronavirus vaccines, and the Las Vegas group talked about the Ultimate Fighting Championship. The meals are hosted by Save America, Trump’s leadership PAC, for the purpose of briefing on the former president’s endorsement record in the midterms and his plans for the fall election. Trump has often pointed to political adviser Brian Jack to run through his successes in primaries.

But the conversation inevitably gravitates toward the next presidential race. During a June dinner at the JW Marriott in Nashville, Graham told Trump that he’d have his wholehearted support for another campaign — but that if he wanted to run again, he should make his intentions clear soon.

Many of the attendees have a long history of cutting big checks to Trump — Ruffin, Zarnegin and Norman each gave in the six-or-seven figure range in 2020 — but organizers have made the decision not to ask them for money right now. Trump advisers say the purpose has been to get Trump in front of a kitchen cabinet of supporters who, in an easy-going environment, will feel comfortable giving the ex-president their unvarnished opinions.

The dinners are not designed to convince Trump of whether to run, the advisers say, but rather to provide him with feedback. That feedback has not always been entirely positive.

With Trump continuing to push his unfounded claim that the 2020 election was stolen, attendees have gently encouraged him to focus more on policy or what he would do if elected again.

The deliberations come as some in the GOP have begun to question Trump’s political strength, wondering whether or how much the House investigation into his role in the Jan. 6 Capitol riot will damage him. On Tuesday, the New York Times published a survey showing more than half of Republican voters expressing a desire for someone else to lead the party’s ticket in 2024. (Trump responded by lashing out, saying the paper conducts “fake polls.”)

Other prospective hopefuls are convening their own donor summits. Florida Gov. Ron DeSantis recently hosted top contributors and other senior Republicans in Fort Lauderdale. Arkansas Sen. Tom Cotton, meanwhile, held a June gathering at the Hay-Adams hotel in Washington where he briefed donors on his planning for a possible 2024 campaign and told them a Trump bid wouldn’t deter him from running.

With the exclusive get-togethers, Trump is making outreach to contributors and major party figures who are bound to be heavily courted by other potential candidates. The Texas event, for instance, was attended by billionaire Houston Rockets owner Tilman Fertitta, who hosted it at his luxurious, 39-story Post Oak hotel in the city’s uptown area. The Las Vegas event included Nevada Senate candidate Adam Laxalt, who is close to DeSantis.

During the gatherings, which typically go on for several hours, Trump has refrained from tipping his hand about his plans. While those close to him are convinced he will run, they say it’s unclear if he will announce before or after the midterm elections. And they caution that predicting what the famously unpredictable Trump will do is a fool’s errand.

Trump advisers say they are preparing additional dinners and are building them into Trump’s rally-going schedule. They are held during trips where Trump stays overnight following a public appearance, rather than when he returns home immediately after, as he often does. Trump remained in Las Vegas last Friday following the meal, before jetting off the next day to Alaska, where he campaigned against Republican Sen. Lisa Murkowski, who voted to remove him from office following the Capitol siege.

The non-scripted and casual nature of the sit-downs have made for animated affairs. During the Nashville dinner, Trump and others present, including Georgia Senate candidate Herschel Walker, looked on as Graham and Rich engaged in a tense and prolonged back-and-forth over the coronavirus vaccine. Graham lavished praise on the vaccines and argued that Trump should talk about their development during his tenure every chance he got. Rich, meanwhile, vociferously criticized the injections.

Two people present recalled Rich jokingly suggesting that he buy a condo in South Carolina and waging a primary challenge to Graham, though another person disputed that account. One attendee said Trump appeared to enjoy seeing the two duke it out.

At the Las Vegas dinner, the topics of discussion ranged from the midterm elections to the Ultimate Fighting Championship to Trump’s speech the next day in Alaska. Trump quizzed Lombardo and Laxalt about how their competitive races were shaping up, and there was mention of former Japanese Prime Minister Shinzo Abe, who had been assassinated earlier in the day.

But when talk turned to 2024, Trump, as has been the case, kept his cards close. After Ruffin told the former president to launch his campaign, one person present said, Trump offered little by way of response.