338Canada: Is Canada's Conservative race a given? 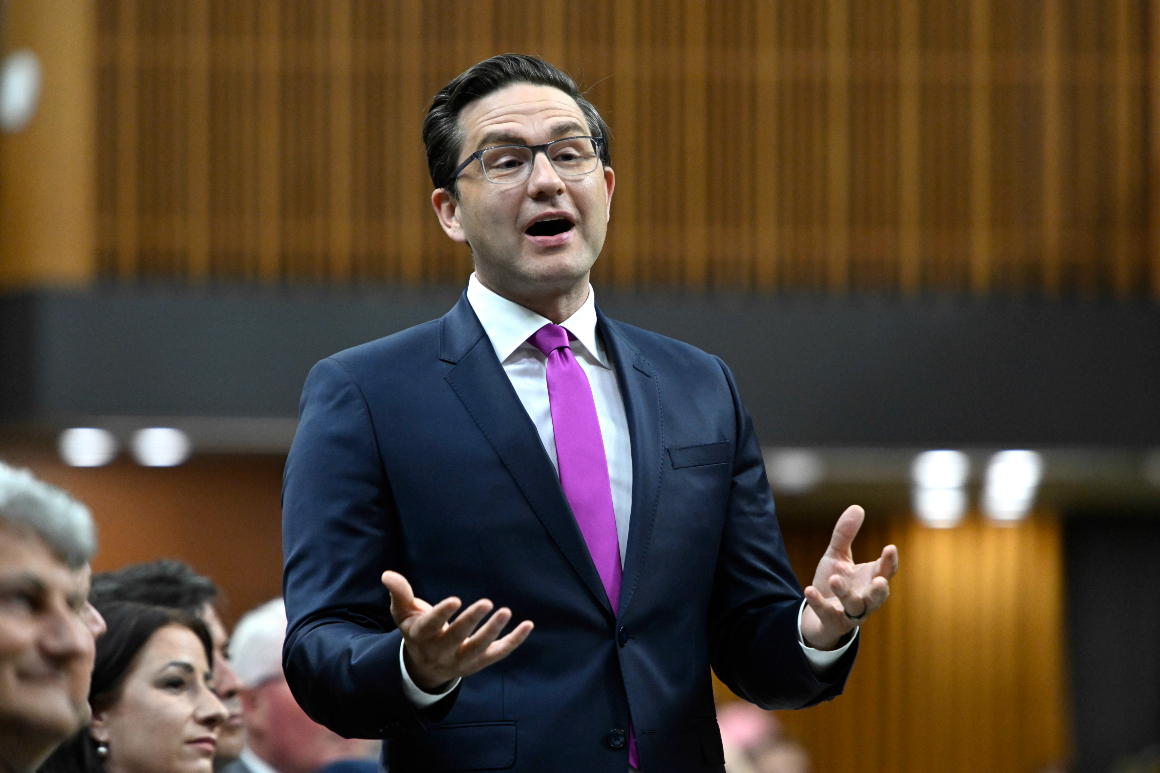 MONTREAL, Que. — Is the Conservative leadership race tightening? Short answer: Yes. Long answer: Yes, but it may already be too late for Jean Charest.

New data on the Conservative Party of Canada leadership contest was unveiled last week. While Carleton MP Pierre Poilievre remains the unquestioned favorite, former federal Progressive Conservative leader and Quebec Premier Charest has significantly improved his standing in recent months, both with the general electorate and among CPC supporters.

— Will it change the results on Sept. 10? Let’s dive into the numbers:

His net impressions (positive impression minus negative impression) went to plus-19 from minus-3. While this rating boost trails Poilievre’s, it’s a remarkable turnaround for a politician that many said time had passed by.

— A third poll by the Angus Reid Institute tested hypothetical nationwide voting intentions. The results show the CPC would lead national voting intentions at 34 percent with either Poilievre or Charest at the helm (similar to last election’s CPC result). However, the poll’s regional breakdown suggests entirely different scenarios.

Under Poilievre, the CPC would — once again — run up the score in Alberta and the Prairies, where the party has few additional seats to add to its current tally. The Conservatives would stand in third place in Quebec (again) and battle a three-way race in Ontario with the Liberals and NDP.

— What comes next: Let’s have a little fun with those numbers, even though they are highly hypothetical.

The findings suggest the next election could result in a reduced Liberal minority, perhaps even a broken Parliament — meaning no natural coalition would appear feasible — since it would be unlikely that Liberal and NDP seats achieve the 170-threshold for a majority in the House of Commons.

However, with Charest as leader, the Conservatives would jump ahead in Atlantic Canada, significantly hurt the Liberals in Quebec and score better than Poilievre in seat-rich Ontario.

Naturally, these are polling numbers Charest could have used during the membership enrollment period, which ended in June. It was a fair hypothesis from many observers that Charest would potentially fare better than Poilievre in Central Canada, which is where the CPC desperately needs increased support to win. The Angus Reid poll points in that direction. Simply put: Charest’s higher numbers would translate into better odds of the CPC winning a general election.

That said, Poilievre’s numbers (above) show without a doubt that he would be competitive, and could potentially win. It should put to rest the notion that Poilievre’s partisan rhetoric would sink the CPC.

— Frontrunner’s strategy: It is no wonder Poilievre has declined to participate in this week’s CPC debate. He does not need to debate Charest any further to secure the leadership, nor need he risk a stumble that would give any momentum to his challenger.

In a statement explaining his decision to sit out the debate, Poilievre took another swipe at Charest (“tax and spend, carbon tax-loving, defeated Liberal Premier”) and used his trademark word salad (“Laurentian elite liberal media”) to attack his own party and its choice of moderator for the Edmonton debate in May, which he described as “an embarrassment.”

Although these are not the actions of a candidate who believes the race is in the bag, this strategy — always on the attack and never on defense — propels Poilievre as a darling among no-holds-barred conservative supporters, many of whom believe Charest aligns too closely with the Liberals, in policy and attitude.

At any rate, if Poilievre did recruit more than 300,000 new members as claimed, his team alone managed to nearly double the entire membership of the CPC. We also know from myriads of polls published from April to June that Poilievre had the support of the existing membership. Add to this the blessing of the CPC’s only prime minister and father figure in Stephen Harper and you have all the ingredients for a first-ballot victory — or very close to it.

— After Sept. 10: If that is indeed what happens, the next question will be, “Will Poilievre tone down his confrontational rhetoric to keep his caucus together?” Those who have followed Poilievre’s already long political career know this is highly unlikely.

Nevertheless, between a Poilievre-led CPC and a Trudeau-NDP coalition — er, “confidence and supply agreement” — it appears an already profound chasm in Canada’s political spectrum could widen.

Surely there could be a point when Red Tories and Blue Grits consider working to fill this void? If moderate conservatives (including some current CPC MPs) find themselves drowned by the pro-convoy and anti-vaccination crowd, it is only fair to assume some may not stick around.

Could Charest’s Summer of Redemption Tour lead to the much-speculated creation of a … new Progressive Conservative Party?

Naturally, we can only speculate. The odds seem low, though the recent uptick in Charest support makes this nearly unthinkable outcome, well, somewhat thinkable.