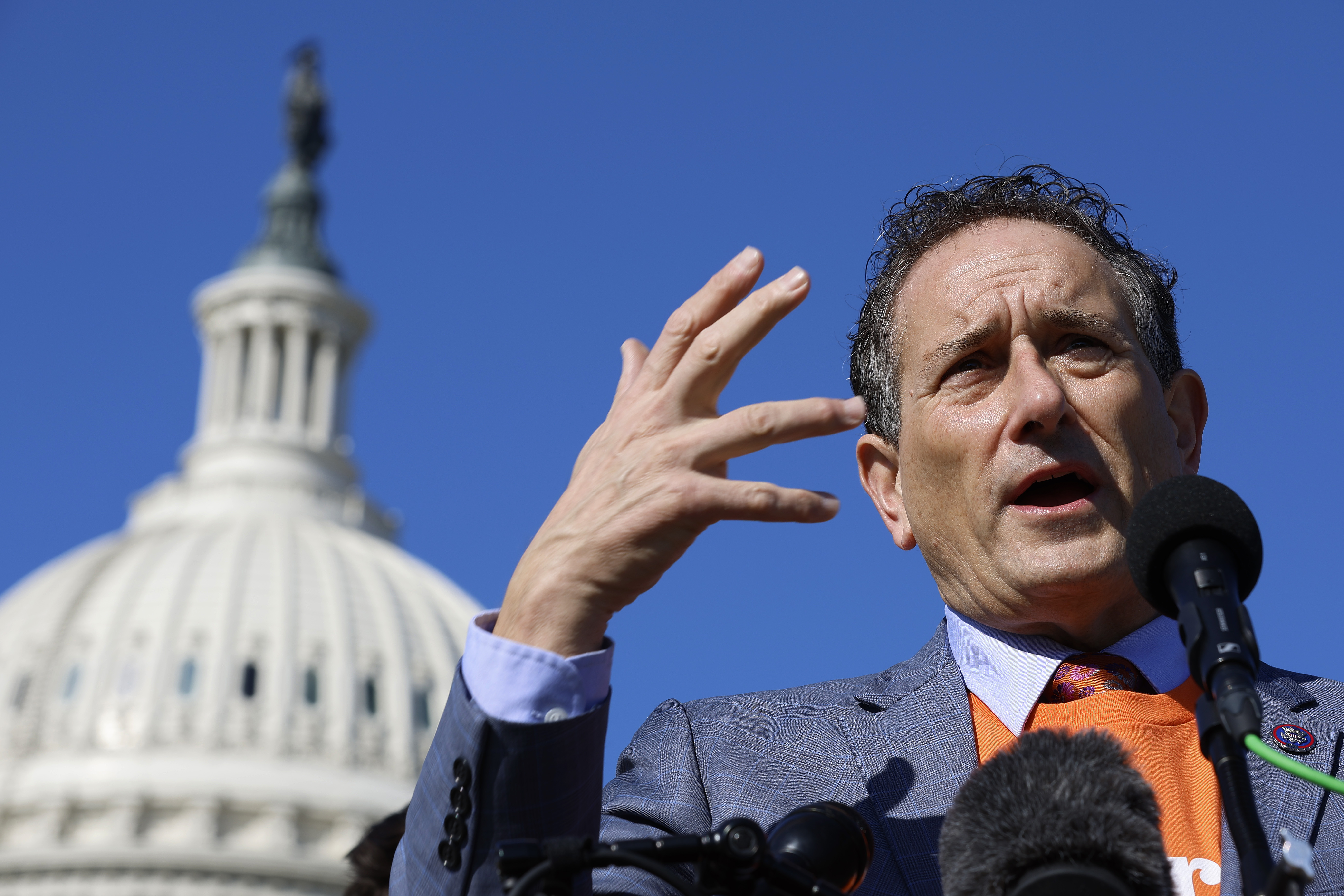 ROYAL OAK, Mich. — The top issues driving Democratic voters right now include rising prices, abortion rights, gun violence and threats to democracy. But the top spender in Democratic primaries is singularly focused on Israel — and fights over the issue are rending the party in district after district.

The latest one is a deep-blue slice of suburban Detroit, where the American Israel Public Affairs Committee, known as AIPAC, is showering Michigan’s 11th District with ads boosting Rep. Haley Stevens (D-Mich.). Spending through the group’s super PAC has topped $22 million across nine safe-seat Democratic primaries so far, paying for slashing negative ads against a number of largely progressive candidates.

But in a redistricting year twist, Stevens — a former Obama administration official who flipped a GOP-held swing seat in 2018 — is running in her primary against fellow Rep. Andy Levin, who authored legislation to make a two-state solution official U.S. policy and has criticized the “creeping annexation” of Palestinian territory, after Michigan lost a congressional seat. Levin is from one of the most prominent Jewish families in American politics, the son of former Rep. Sander Levin and nephew of the late Sen. Carl Levin.

It’s a lineage, Levin said in an interview with POLITICO, that “definitely [is] extra threatening to” AIPAC as the group tries to shape the future of the Democratic Party in Washington — and as some Democratic voters’ sympathies on the Israeli-Palestinian conflict shift. The super PAC’s spending has outstripped all other groups in Democratic primaries so far this year, per OpenSecrets, and has helped six AIPAC-preferred candidates to victory in deep-blue seats, compared to just one loss, with more primaries to come. “We’re looking hard at a number of upcoming primary races, including in New York,” said Patrick Dorton, a spokesperson for AIPAC’s super PAC, United Democracy Project. 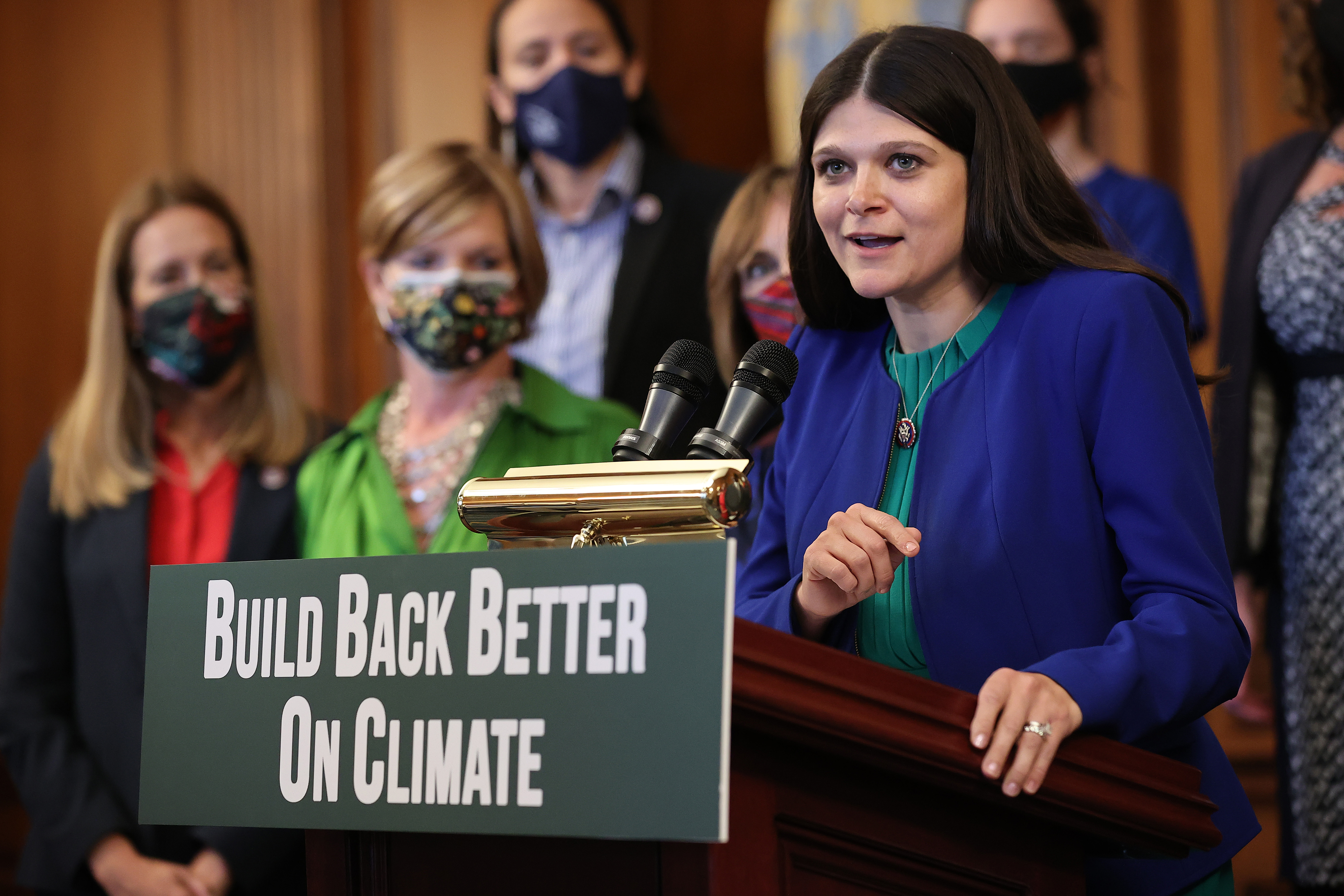 Now, the Levin-Stevens primary is on track to become one of the group’s most expensive investments of 2022 — and, by far, the most personal one.

“This race is important to them because Andy is so prominent, so outspoken and is from a very distinguished Jewish political family,” said David Hecker, president of Michigan’s American Federation of Teachers union and a Levin supporter, who also noted that he is Jewish and supportive of a “safe and secure Israel” as well as Palestinian human rights, “just like Andy.”

“AIPAC would want every Jewish individual to fall in line with their way of thinking,” Hecker continued. “But Andy’s a man of tremendous integrity and he has his firm beliefs, and he’s not going to waver on those firm beliefs to stop an onslaught of money for his opponent.”

David Victor, who served as AIPAC’s president from 2008 to 2010 and lives in the district, echoed the assessment of Levin’s positioning and prominence — but said that’s exactly why he thinks Levin needs to be out of Congress.

“If you’re a member of the Democratic caucus and you’re not particularly engaged on the [Israel] issue, and you’re getting pressure from the left to be more critical but you want to be considered pro-Israel, you can be forgiven for following Andy Levin’s path,” Victor said. He noted Levin’s defense of Reps. Ilhan Omar (D-Minn.) and Rashida Tlaib (D-Mich.), who he called “Israel’s most vociferous critics.”

“That’s why we consider him so problematic,” Victor added.

Levin, for his part, called AIPAC’s involvement “a politics of domination,” wherein AIPAC uses “vast amounts of money to control or to prevent open space to have rational dialogue about Israel and Palestine.”

“The idea that people with vast resources, who want to influence politics can come in and not even talk about the reason that they’re doing it, and for a million dollars a week, run unaccountable, dark money in to try to change the outcome of a vote of a Democratic primary, it’s a real threat to our democracy,” Levin added. 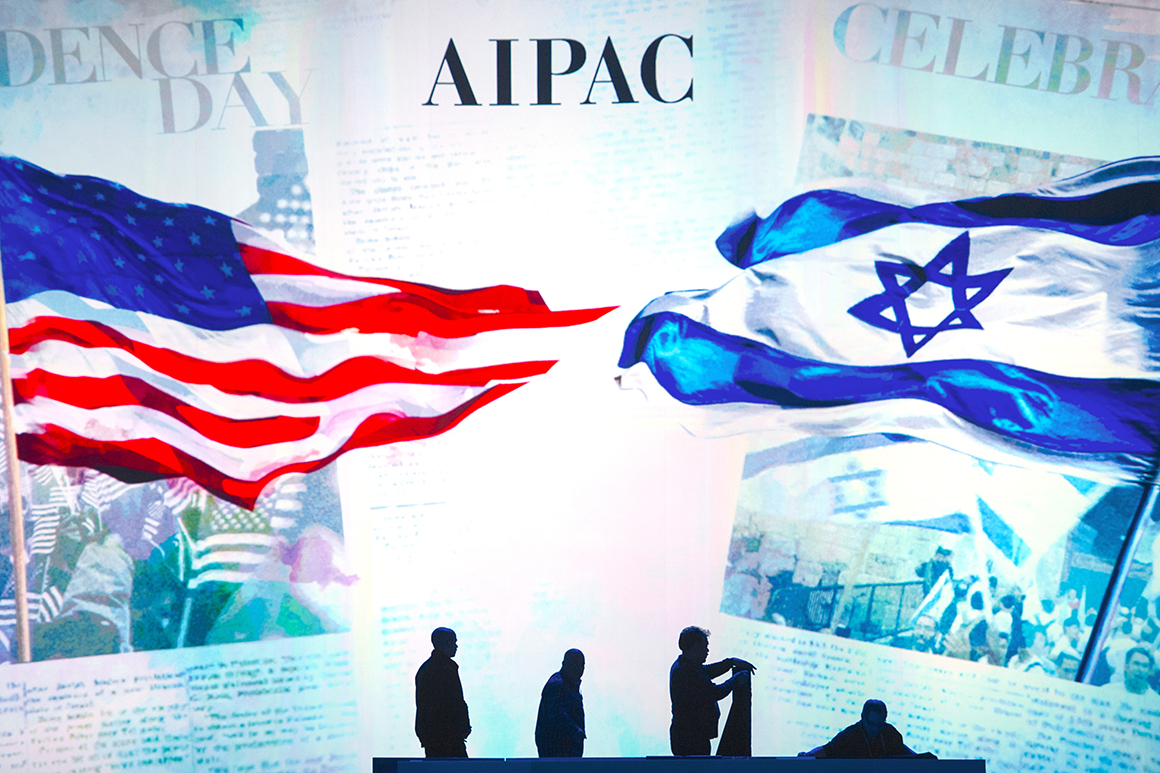 AIPAC has long been an influential force in Washington, traditionally bundling direct donations to candidates in both parties, but the super PAC is a new innovation for the group this year, after decades of making much smaller donations to candidates in both parties. That bipartisanship has turned into a campaign issue in the Democratic primaries where United Democracy Project has gotten involved: Levin said that AIPAC’s support for Republicans who voted against certifying the 2020 election is a sign they’ve “gone off the rails.”

AIPAC spokesperson Marshall Wittmann said the group has donated to 140 House Democrats, including half the House Progressive caucus and Democratic leadership, as well as Republicans, because AIPAC’s work “requires bipartisan support in Congress to adopt legislation that would advance [U.S.-Israel] relationship.

The super PAC’s funding has also drawn scrutiny: Former Rep. Donna Edwards (D-Md.), lost a primary in which AIPAC spent more than $4 million against her, described the spending as “Republican donors meddling in Democratic primaries.” Indeed, the biggest contributors to United Democracy Project include some of the biggest GOP megadonors, such as hedge funder Paul Singer and Home Depot co-founder Bernie Marcus, along with Democratic backers such as media mogul Haim Saban.

This line of attack is being used against Stevens in a TV ad, paid for by J Street, a liberal pro-Israel advocacy group that has often battled with AIPAC and is backing Levin in Michigan.

“Haley Stevens is taking hundreds of thousands of dollars from a group that’s supporting Republicans who voted to overturn the 2020 election,” the ad’s narrator says, including footage of the Jan. 6 insurrection at the Capitol.

“It’s outrageous, but people need someone who’s focused on the issues for Oakland County,” Stevens said in an interview, after she spoke to about 30 voters at a Moms Demand Action event here last week. She noted that during the Capitol insurrection, she was hiding in her office, like many of her colleagues.

“It certainly seems quite bizarre that a Democratic group would make these claims about a Democrat who flipped a seat and held it in a close reelection year for Democrats in 2020,” she said.

About the infusion of outside spending — which also includes $2 million from EMILY’s List, a pro-abortion rights group that focuses on electing women — Stevens said, “it’s certainly been unexpected and somewhat surprising.”

On the AIPAC spending, Stevens said Levin “seems like he’s got some sort of issue with those who have the beliefs that I do, which is pretty standard in the Democratic Party.” On her campaign website, Stevens describes her support for a two-state solution, “a democratic Jewish State of Israel, and a viable, democratic Palestinian state, living side-by-side in peace,” as well as her opposition to the “boycott, divestment and sanctions” movement against Israel.

She noted the strangeness of a foreign policy issue playing such a big role in her race at a time of domestic economic and political unrest: It’s “not the number one issue that’s on the minds of most voters, but it is on the minds of some voters,” Stevens continued, adding: “I’m running on my own chops about what I’ve done for Oakland County and what I want to continue to do for Oakland County.”

Emotions are running high on both sides in the district — as they have more or less everywhere else United Democracy Project has spent this year. Rev. Frederick Moore, Sr., a retired pastor, broke down into tears at a religious roundtable last week, as he explained why he backed Stevens and how disappointed he was that redistricting had “pitted you against someone else who is a good candidate, but just not my candidate.”

“I’ve known the Levin family, and I grew up down the street from his uncle’s family, but I have not seen any action in my area from [Levin] when I was mayor,” said Deirdre Waterman, the former mayor of Pontiac, Mich., who supports Stevens and appeared alongside her at the roundtable. “I’ve seen Stevens in action — she’s very proactive.”

Across town at a grassroots fundraiser for Levin, Rep. Mark Pocan (D-Wis.), a major critic of the Israeli government in the House, said the AIPAC spending “burns the most” because “Andy is a former president of his synagogue,” Congregation T’chiyah, a Reconstructionist synagogue in Oak Park, Mich.

Other progressives like Pocan have been particularly critical of AIPAC’s election work this year, with Sen. Bernie Sanders even describing it as “war.” Much of the group’s spending has opposed progressive candidates, including Sanders-backed Summer Lee in Pennsylvania, the lone candidate so far to win a primary despite the super PAC’s involvement. Sanders is expected to rally Levin supporters at a campaign event the weekend before the August primary.

“I don’t know if the average person is paying attention to this, but all politicos here are,” said Mike McFall, a Democrat running for a state legislative seat inside Michigan’s 11th District, who attended the Levin grassroots fundraiser. “I have friends on both sides, and it gets awfully heated, especially on Facebook.”

There are fundamentals that are working in both candidates’ favor. Stevens has raised more campaign money than Levin, and she has also advertised heavily in the Detroit area over the last four years in her old swing district. And six weeks after Roe v. Wade was overturned by the Supreme Court, Stevens’ gender is a plus for some voters.

“If their politics are the same, I’d pick her because she’s a woman,” said Megan Takashima, a 45-year-old undecided Democrat from Pleasant Ridge, Mich., who cited the Roe decision and attended a Moms Demand Action event where Stevens spoke last week.

But Levin, endorsed by former Planned Parenthood President Cecile Richards, has his own strong track record on abortion rights, getting arrested just last week alongside his congressional colleagues for protesting in front of the Supreme Court. He’s also got his own star power coming in on his behalf, including a Sanders rally. Sen. Elizabeth Warren (D-Mass.) headlined an event here on Sunday, while activist and actor Jane Fonda is slated to stump for him on Monday.

Notably, though, many voters — even those who showed up to a range of Stevens- and Levin-sponsored events last week — were not aware where all the spending in the campaign was coming from, or that it had anything to do with Israel.

Craig Bitel, a 52-year-old from Pleasant Ridge, Mich., who attended the Levin fundraiser, said simply: “I had no idea.”