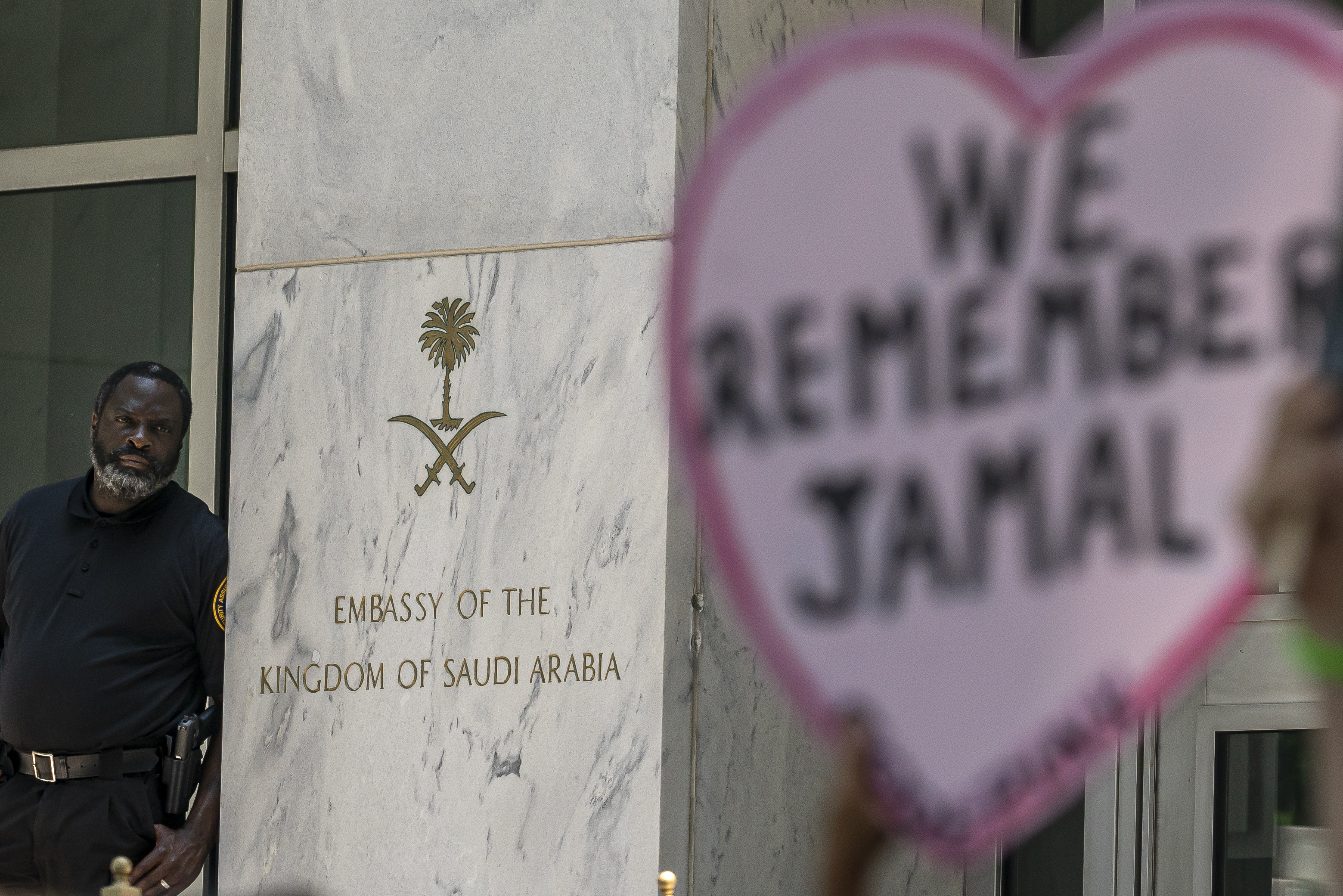 President Joe Biden on Thursday defended his decision to hold an upcoming meeting with Saudi Crown Prince Mohammed bin Salman despite prior insistence that he would spurn Saudi Arabia and its de facto leader for the murder of journalist Jamal Khashoggi.

Biden insisted at a press conference ahead of his trip to Saudi Arabia later this week that his feelings on the Khashoggi murder have long been clear as have his broader record on human rights.

“I always bring up human rights, but my position on Khashoggi has been so clear, if anyone doesn’t understand it in Saudi Arabia or otherwise they haven’t been around me for a while,” Biden told reporters on Thursday in Israel.

The president repeated his assertion that the purpose of his trip to Saudi Arabia is instead a broader meeting with regional Persian Gulf leaders to address energy and security issues.

“The reason I’m going to Saudi Arabia is to promote U.S. interests in a way that I think we have an opportunity to reassert our influence in the Middle East,” he said.

The president’s trip to the oil-rich kingdom, where he will also meet with leaders of Bahrain, Kuwait, Oman, Qatar, the United Arab Emirates, Egypt, Iraq and Jordan, comes as gas prices have spiked across the U.S., peaking earlier this summer at a nationwide average of more than $5 per gallon. National Security Council spokesperson John Kirby said last month that increasing oil production would “absolutely” be a topic of discussion when Biden meets with Saudi leadership, as will “destabilizing” regional behavior from Iran and the kingdom’s involvement in the ongoing war in Yemen.

Still, Biden has faced criticism over his apparent about-face on Saudi Arabia, a nation that the president once pledged to make a “pariah” over, among other issues, the murder of Khashoggi, a Washington Post journalist and U.S. resident who was dismembered inside a Saudi consulate in Istanbul. A U.S. intelligence report released by the Biden administration said bin Salman approved the operation to kill Khashoggi, a vocal critic of the Kingdom’s government.

Looking to temper criticism from the Saudi trip, Biden administration officials met earlier this week with Khashoggi’s widow, Hanan Elatr Khashoggi. A representative for the widow would only say that she met with “senior officials” — not Biden himself — but relayed the broader content of what was discussed.

Among her specific requests were to push for the release of all political prisoners being held in Saudi Arabia, including their close friend, Saudi economist Essam Al-Zamil. She also conveyed her thanks to the president for pushing human rights issues and for releasing the intelligence report around her husband’s death.

“It was important for Mrs. Khashoggi to be able to express exactly what Jamal would have wanted if he were alive today, particularly right before President Biden’s departure to Saudi Arabia,” said her attorney, Randa Fahmy. “This meeting is just the beginning of her long road to closure amid her grief. Part of that closure is also to hold all parties accountable for the death of her husband.”