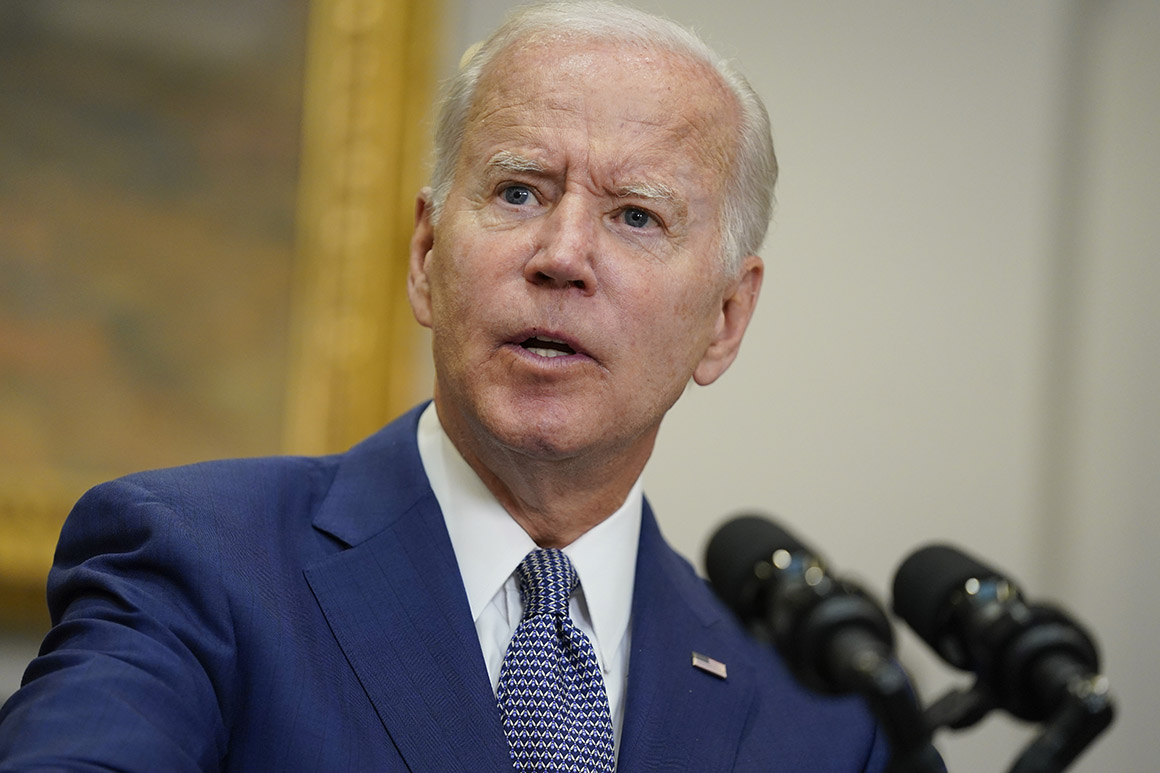 The action allows federal agencies to impose consequences — such as financial sanctions — on parties involved in hostage-taking or wrongful detentions; authorizes parts of the U.S. government to share relevant information with families regarding the individuals’ status and U.S. efforts to secure their release or return; and taps experts to develop strategies to deter future hostage-taking and wrongful detentions.

The administration also announced that it was adding a “D” indicator to the State Department’s travel advisories, alerting American travelers of the risk of wrongful detention by a foreign government.

“This additional risk indicator will highlight the elevated risk that Americans face in particular countries and provide Americans with comprehensive safety and security information with which to make informed travel decisions,” a senior administration official said.

The moves come as Americans imprisoned overseas from Russia to China make headlines — putting pressure on the administration to take action.

Advocates have repeatedly called for the release of WNBA all-star Brittney Griner, who has been detained in Russia since February on cannabis possession charges. Biden and Vice President Kamala Harris spoke with Griner’s wife, Cherelle Griner, this month, after she wrote a letter to the White House asking Biden to do more to bring the American basketball player home.

A foundation created to honor the legacy of James Foley — an American journalist whose decapitation by Syrian forces in 2014 sparked international outrage — praised the order, but called for the Biden administration to go even further to protect those currently detained overseas. The foundation, which aims to protect American journalists abroad through safety training and advocacy for government action, says that a total of 64 Americans are wrongfully detained in 18 countries across the world.

“While the new EO addresses tougher deterrence and accountability measures which are essential in preventing hostage-taking by state and non-state actors, let us not forget the urgency and importance to work towards the release of the 64 Americans who are currently held hostage or wrongfully detained abroad,” the group said in a statement. “We implore the US government to utilize all means necessary to secure their releases.”

The administration has faced increasing pressure on China, too. Family members last month urged the Biden administration to push the government in China for the release of Americans jailed there.

Dui Hua Foundation, a nonprofit prisoner-release advocacy group, estimates that 200 Americans are arbitrarily detained in China, with as many as 30 who are subject to unlawful exit bans. While administration officials have said that securing their release is a priority, lawmakers and family members have called on the administration to be tougher in its approach — either by brokering Americans’ release through prisoner swaps or by making bilateral issues such as tariffs and trade conditional with their freedom.

The administration noted on Tuesday that the executive order was “informed” by frequent communications with these families and other stakeholders working to secure the release of their loved ones.

Phelim Kine and Ari Hawkins contributed to this report.