Biden to announce climate actions but not yet declare an ‘emergency’ 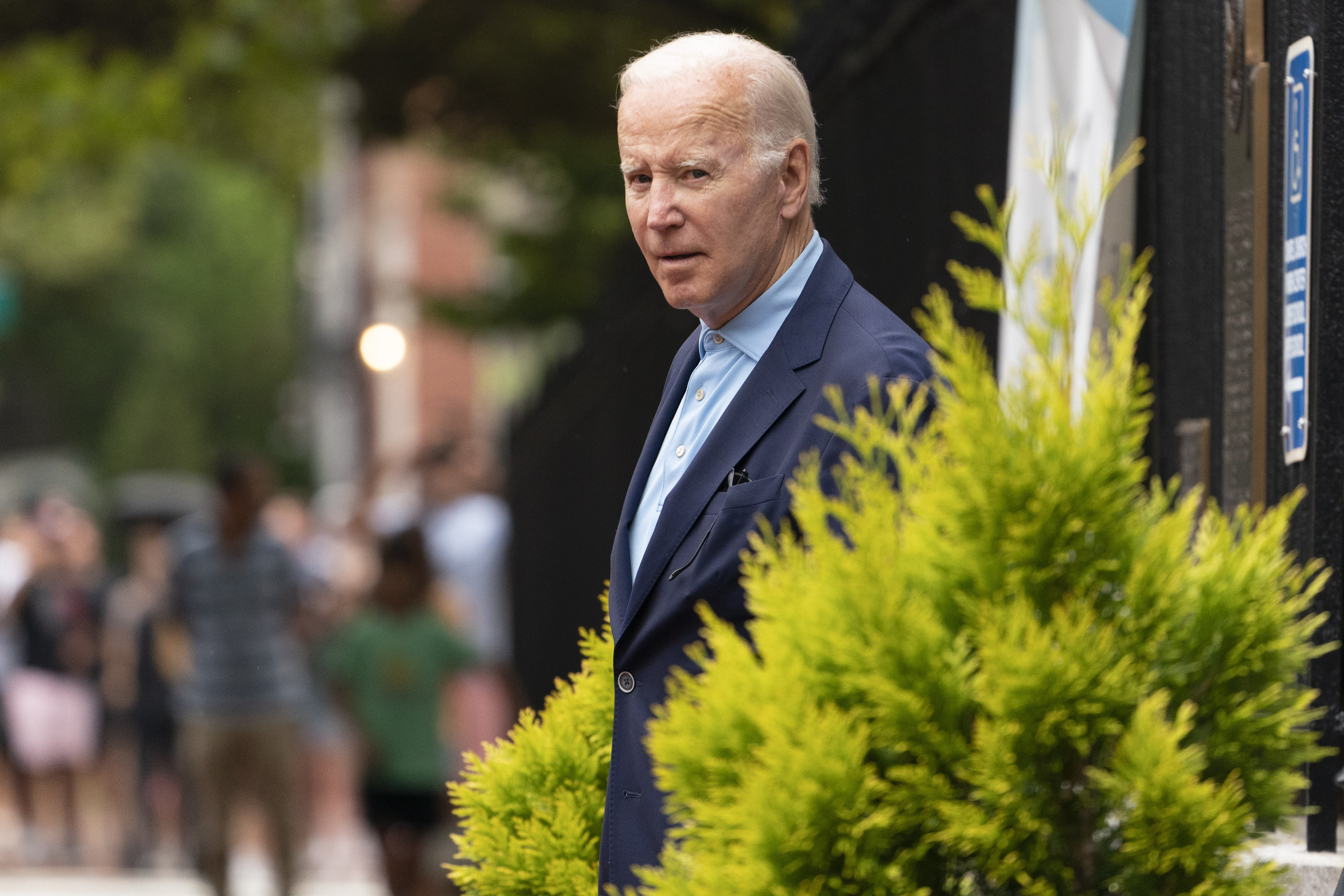 President Joe Biden will announce new steps to combat climate change, but will stop short of declaring a national emergency that would unlock new tools for driving down greenhouse gases, the White House said Tuesday.

Biden will travel on Wednesday to a shuttered power plant in Massachusetts to talk about climate change, a trip that comes six days after the collapse of negotiations aimed at getting a climate bill through Congress.

“The president is going to do everything he can to take action,” Karine Jean-Pierre, the White House press secretary, told the daily briefing. “This climate emergency [decision] is not going to happen tomorrow but we still have it on the table.”

Jean-Pierre declined to offer details about what Biden planned to announce, though she said the issue remained a top priority for the president.

“This is part of multiple actions that the president has already taken from the moment that he walked into office. This is urgent to him,” she said.

Lawmakers have told POLITICO that the White House has informed them it was considering the emergency declaration, though it had not yet decided whether to take the step.

Biden’s speech comes amid a brutal heatwave in the U.S. where 20 percent of the population is sweltering under 100-degree temperatures and as the Western states struggle with the worst drought in more than 1,000 years. But Washington has remained mostly locked in a partisan fight, with Democrats unable to move major legislation because of opposition from Sen. Joe Manchin (D-W.Va.) and the conservative Supreme Court curbing the executive branch’s power to regulate climate change.

The paralysis in Washington comes even after Biden had vowed during the 2020 campaign to make fighting climate change one of his administration’s top priorities.

Another headwind facing Biden is this year’s historic rise in gasoline prices, which has prompted the White House to press for more oil production. The resulting jump in inflation was also the factor that Manchin cited last week as the reason he was pulling his support for the climate deal, which would have offered about $300 billion in clean energy incentives.

The stalemate has prompted some lawmakers, including Sen. Ed Markey (D-Mass.), to urge Biden to use his emergency authority to enact strong climate change measures.

“In the absence of congressional action it is critically important he use all of his powers,” Markey told POLITICO.

Some lawmakers are still hoping a legislative deal could come together on climate, but Biden has urged Democrats to move on and pass what’s left of their party-line deal, which includes health care and prescription drug pricing policies that Manchin has said he can support.

Manchin’s office did not comment on the possibility of Biden declaring a climate emergency, though he has said he’s open to revisiting the climate items in the legislative package if inflation cools.

“That legislation is dead. But this also unchains the president from waiting for Congress to act,” Sen. Jeff Merkley (D-Ore.) told reporters Monday. “This then frees up the president to use the full powers of the executive branch. And those full powers certainly include a climate emergency.”

There are 136 potential powers available to the president upon declaring a national emergency, though some contain caveats or require congressional authorization, according to research compiled by the Brennan Center for Justice. Most are related to military powers, but some might be used to combat climate change.

Most notable among them is a 2015 law that allows the president to restrict the export of crude oil during a national emergency. Exports of crude were illegal for decades and resumed in 2015, when Congress lifted the prohibition, and since then the U.S. has become one of the world’s leading oil suppliers.

But stopping crude exports would require the Commerce and Energy departments to report that oil exports have directly caused domestic supply shortages or sustained oil prices above world market levels. Those effects would also have to have caused “sustained material adverse employment effects” before Biden can restrict exports. Such requirements could make it difficult to justify an export ban.

In addition, that would mean cutting off millions of barrels a day being shipped overseas, including to Europe, which is facing shortages due to the Russian conflict in Ukraine.

White House spokesperson Matt Hill confirmed in a tweet Tuesday that Biden will visit Somerset, Mass., “for remarks on tackling the climate crisis and seizing the opportunity of a clean energy future to create jobs and lower costs for families.”

Lauren Maunus, advocacy director with the youth-led environmental group Sunrise Movement, said she believed it was “probable” the administration would take that step amid the backdrop of wildfires raging across the U.S., record heat in Europe, a legislative climate agenda that was just “destroyed” and “tanking” approval ratings among young people ahead of the midterms.

“It’s kind of a perfect storm, no pun intended, to do something that’s a very visible form of leadership that meets people where they’re at in terms of feeling the crisis,” she said.