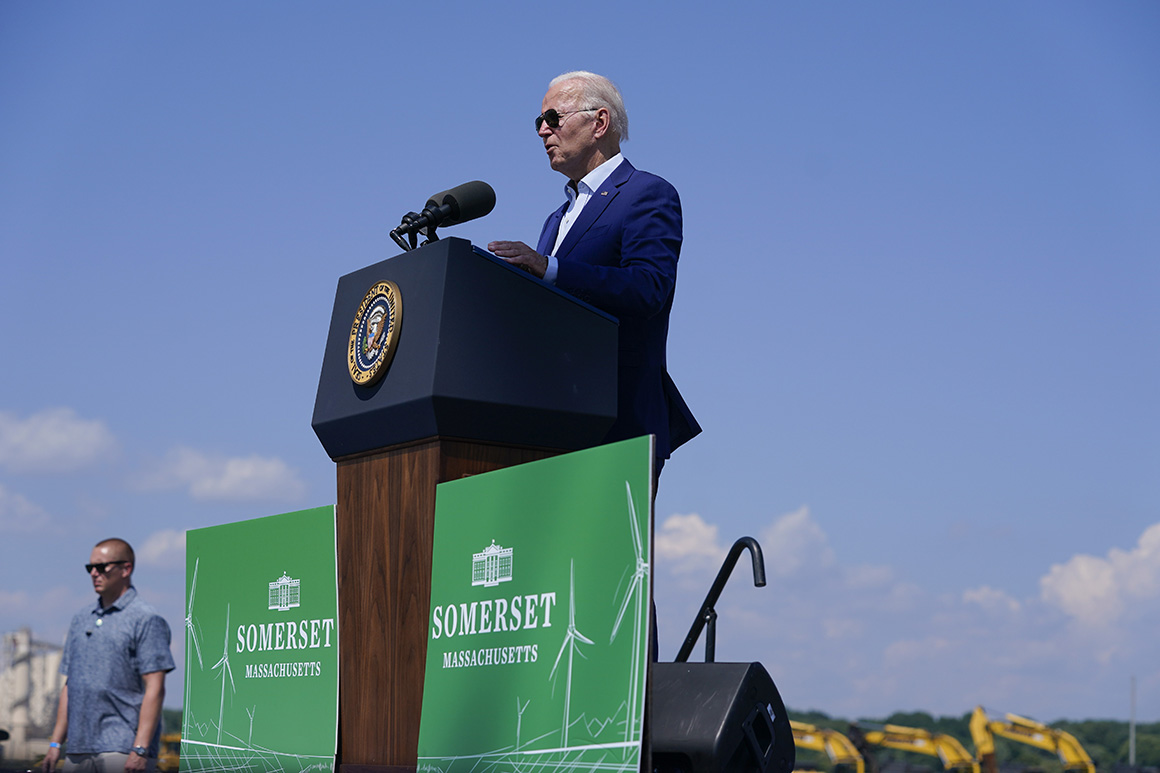 But some of those steps would be politically explosive, and could even prove ruinous to his party’s fortunes by sending gasoline prices soaring. Others would threaten to alienate European allies looking to U.S. fuel supplies to ease their dependence on Russia. And any executive actions Biden takes would run the risk of falling to the same conservative Supreme Court that has already hobbled his regulators’ ability to rein in carbon pollution.

Many of Biden’s supporters in Congress are urging him to go bold nonetheless, pointing to the record heat waves melting much of the globe, wildfires raging across the U.S., and Colorado River flows dwindling from the worst megadrought in 1,200 years. Those are signs that the time is past for mild responses to the climate crisis, lawmakers like Rep. Earl Blumenauer (D-Ore.) said.

“This is the time when people want their expectations raised and they want something delivered,” said Blumenauer, who has long urged Biden to declare a climate emergency. Supporters of the move note that 39 countries have already declared climate emergencies, as have nearly 200 U.S. cities and counties.

“The president has an ability to protect our country when our national security is threatened,” Sen. Ed Markey (D-Mass.) told reporters Monday. “And clearly, the climate crisis is a threat to national security.” 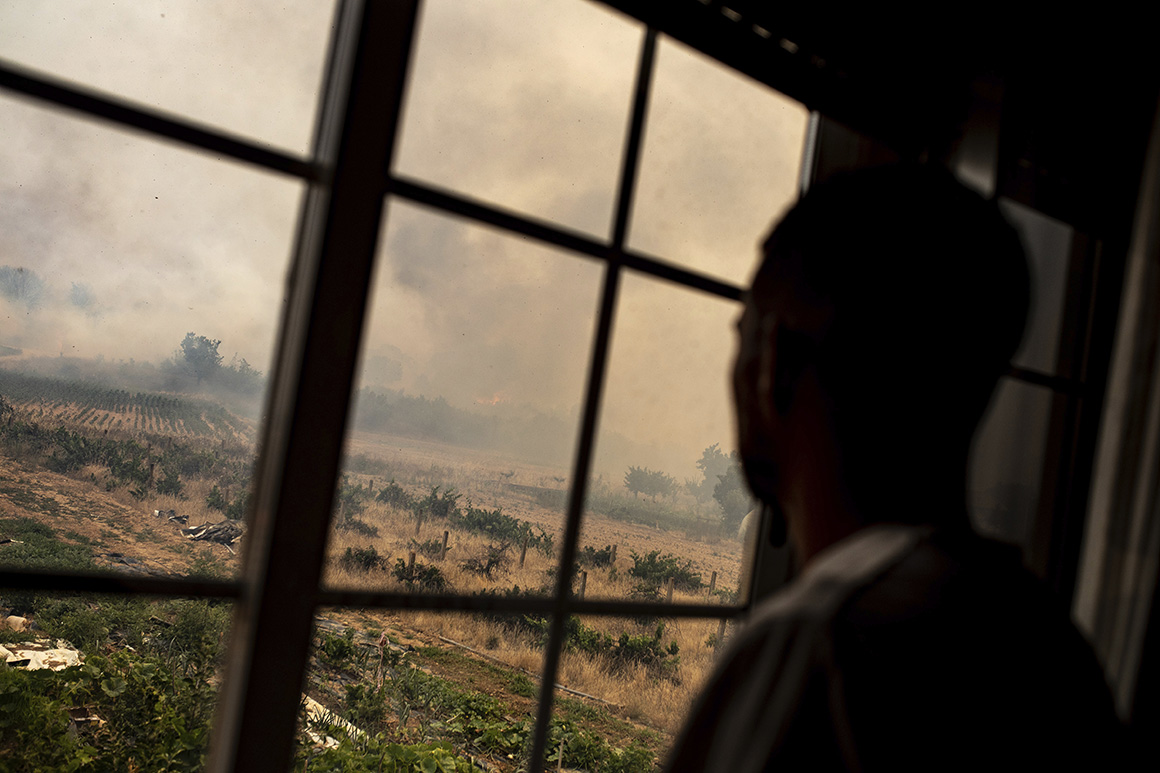 Biden isn’t going the emergency route for now, the White House says. Instead, he used his speech on Wednesday in front of a coal-plant-turned-wind-power project in Somerset, Mass., to announce efforts to power more homes using offshore wind, expand programs for low-income households to buy efficient air conditioners and deploy $2.3 billion to bolster community climate resilience.

The appearance is meant to send the message that Biden is not totally powerless on climate change, despite last month’s Supreme Court rebuke and the collapse of Democrats’ year-long effort to push a major climate bill through Congress. Biden still has actions he can take using his non-emergency executive authority.

But none of those actions could produce the $300 billion in clean energy spending that his dead Build Back Better legislation would have provided, create a national carbon-trading system, or revive the Obama-era power plant rule that SCOTUS scuttled last month. But Biden’s allies said he can still send the signal that the world’s largest economy is leaning into clean energy, and the jobs its supporters say it will produce.

“If I were the president I would be asking my staff for a list of all of my authorities, and I would be evaluating all of them for what pieces of this challenge they could solve,” Sen. Martin Heinrich (D-N.M.) told POLITICO.

Such a show of commitment would also help soothe younger voters and people who care deeply about climate change, Biden’s allies argue.

It would not be risk-free, though, said Stephen Brown, a former energy lobbyist who heads RBJ Strategies, because any bold move is likely to spook energy markets and drive up prices.

“The White House knows doing anything to invoke emergency powers will be immediately legally challenged and cause markets to react in a negative fashion,” he said. “This is like a game of Russian roulette.”

So what could Biden do about climate change if he decided to go for broke — issuing the same kind of emergency declaration that former President Donald Trump used to steer money toward his border wall? A lot:

A total of 136 potential powers are available to the president upon declaring a national emergency, though some involve certain caveats or are subject to congressional authorization, according to research compiled by New York University’s Brennan Center for Justice. Most are related to military powers, but some in theory could be used to combat climate change.

Most notable among them is a 2015 law that allows the president to restrict the export of crude oil during a national emergency.

U.S. oil exports were banned for decades until Congress legalized them that year — and since then, the overseas shipments have become a bright spot for the nation’s trade balance, turning the United States into one of the world’s top oil suppliers.

Blocking exports anew would likely depress U.S. oil and gas production — which the Biden administration has actually sought to boost in the last year to lower gasoline prices. But it would also roil the global trade of oil, and would probably have only a modest impact once those markets adjust to the disruption.

But stopping crude exports would face legal obstacles and could inflame American allies.

Before Biden could take that step, the Commerce and Energy departments would have to conclude that oil exports have directly caused domestic supply shortages or sustained oil prices above world market levels, which in turn have caused “sustained material adverse employment effects.” That would be a hard case to make.

Biden could take even broader action under a 1970s trade law allowing the president to regulate international trade in the event of an “unusual and extraordinary threat.” The provision has been used many times in the face of international conflicts, including most recently to bar Russian vessels from U.S. ports. And environmentalists have suggested using an expansive reading of this power to bar all fossil fuel exports and imports and to end investment in fossil fuel projects abroad.

But banning crude oil, liquefied natural gas and gasoline exports would worsen the fuel shortages that Europe is already facing because of the Russian war in Ukraine. That would destroy Biden’s attempts to rebuild relationships with European allies, said Leslie Palti-Guzman, chief executive of energy consulting firm Gas Vista.

“Closing off U.S. LNG exports in today’s geoeconomic context would be pure insanity,” Palti-Guzman said in an email. “It would propel Europe into a recession, amplify its political challenges, worsen its energy crisis and hand a victory to Russia.”

“That idea [of ceasing exports] is completely antithetical to what the Biden administration has been trying to accomplish, whether shipping gas to Europe to counteract Russian aggression or the effort to reduce global oil prices,” Majkut said in an interview. “And it would all be for very little emissions impact.”

Another law could allow Biden to end offshore production of oil and gas. If the Defense Department recommends it, the Interior Department can suspend such operations on the Outer Continental Shelf, though the government would have to compensate the companies that hold leases there.

Offshore rigs, mostly in the Gulf of Mexico, account for almost 16 percent of domestic oil production, according to Energy Information Administration data — and hence, a significant share of the nation’s greenhouse gas output. 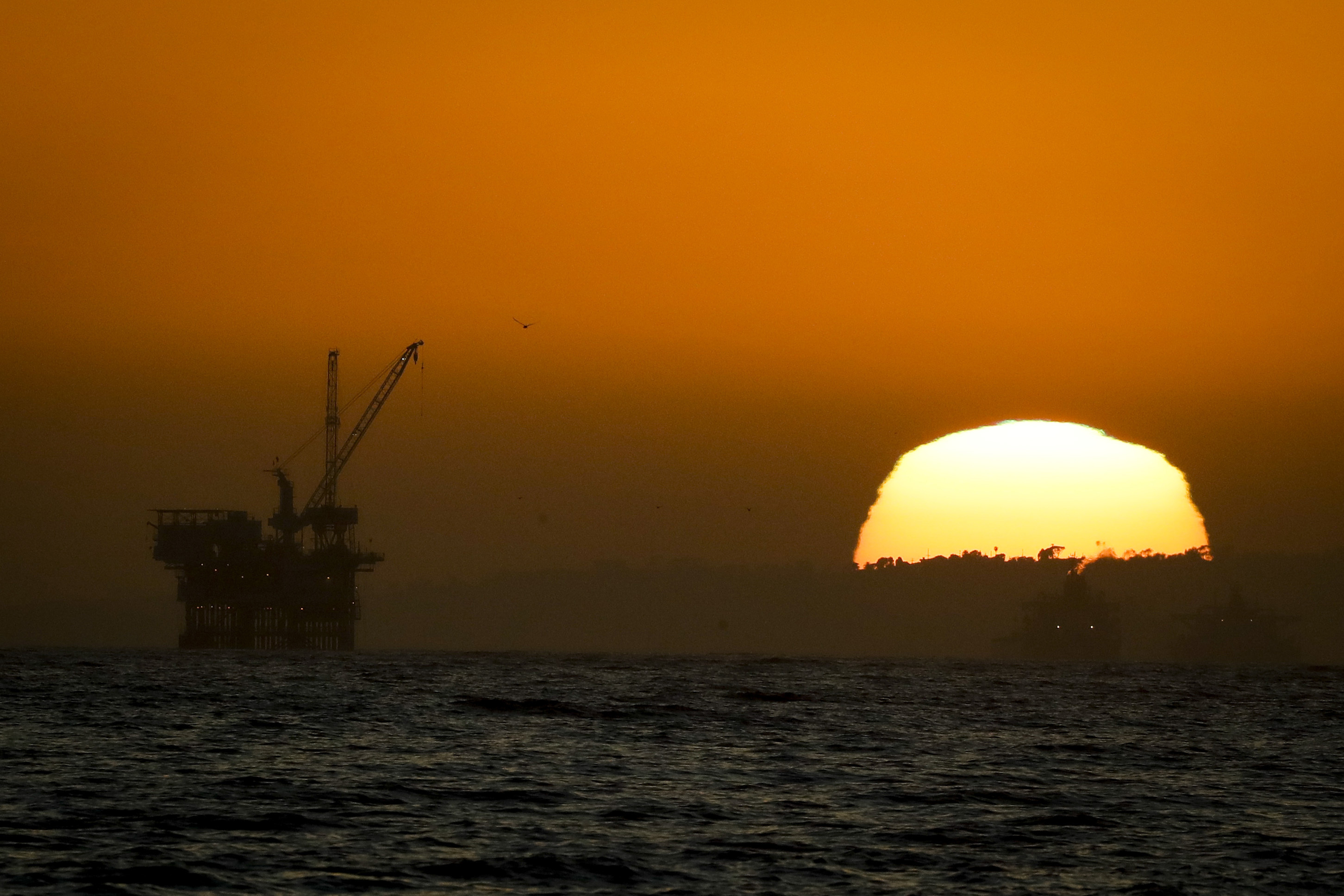 But such an immediate supply disruption would most likely have another impact: Domestic fuel prices would skyrocket, worsening an economic and political crisis that Biden has spent months trying to quell.

Other emergency powers available to Biden would have far less dramatic effects.

For example, Biden could use one law to reduce or waive entirely the 30-day public comment period required for federal energy conservation standards — a step that would allow Biden’s regulators to hasten new, more stringent energy standards. Altering such rules was a key part of the Obama administration’s climate agenda, and the Biden administration has pursued some similar rulemakings. But much of the rest of the long regulatory process would remain in effect.

Despite the grim backdrop of wildlands burning, airport tarmacs melting or people collapsing from the heat worldwide, the administration and its allies are still trying to figure out their most effective strategy for taking on climate change.

Tiernan Sittenfeld, senior vice president of the League of Conservation Voters, noted that it’s been less than a week since coal-state Sen. Joe Manchin (D-W.Va.) put the kibosh on Democrats’ hopes of enacting an ambitious climate bill this summer.

“We had all been on Plan A,” Sittenfeld said. “It takes a minute to recalibrate.”

Kelsey Tamborrino and Josh Siegel contributed to this report.