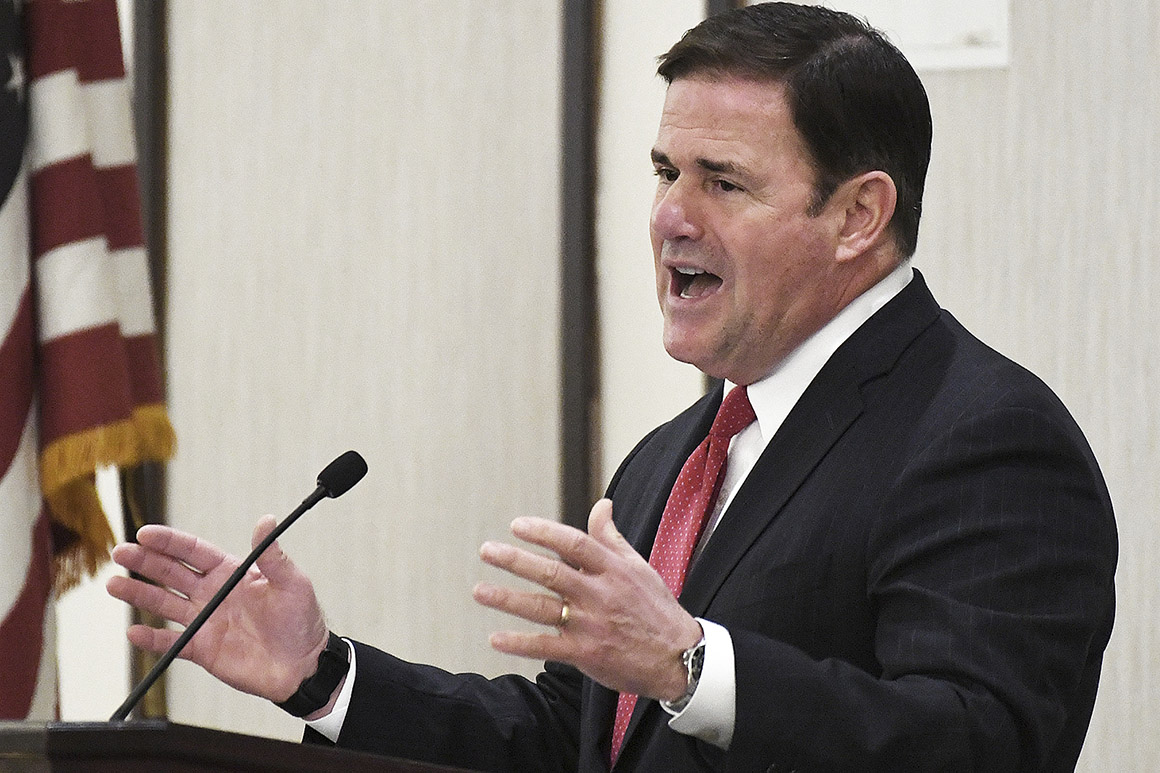 “Kari Lake is misleading voters with no evidence. She’s been tagged by her opponents with a nickname, Fake Lake, which seems to be sticking and actually doing some damage,” Ducey said on CNN’s “State of the Union.”

Ducey, who’s reaching his term limit for governor and can’t run for reelection, has thrown his support behind Lake’s opponent, Karrin Taylor Robson, in the Republican primary for Arizona governor. He said on Sunday that Robson is “the real conservative” in the race and lauded her “pro-wall, pro-gun, pro-life” stances.

“I think Karrin Taylor Robson will be the best person to be a fresh new leader for the state of Arizona,” Ducey said. “Her opponent, on the other hand, bears no resemblance — her campaign or even her personal interactions with me — to anything she’s done over the past 30 years. This is all an act.”

Ducey’s comments are the latest indication of the emerging proxy fight between former President Donald Trump and the Arizona governor over support for the rival primary candidates. Their relationship had already been rocky prior to the primary battle, as Trump had blasted Ducey and other Arizona officials after the 2020 presidential election for not overturning the results in Arizona and instead certifying President Joe Biden’s win.

Lake, a former local TV news anchor, has made Trump’s lie that the election was stolen the centerpiece of her campaign. Meanwhile, Robson, a former member of the Arizona Board of Regents and a wealthy GOP donor, has refused to proclaim that Trump won the election in the state.

Lake has also said that her opponent will resort to having “dead people” vote to win the state’s Aug. 2 primary.

Asked by CNN’s Dana Bash whether the Republican Governors Association — of which Ducey is a co-chair — would support Lake if she wins the primary, Ducey said no determinations past the Aug. 2 primary have been made yet.

“The Republican Governors Association is in the business of electing Republican governors,” Ducey said. “And we happen to be very good at it. We’re the only majority Republican conference in the country. We protect our incumbents. We keep our red states red.”