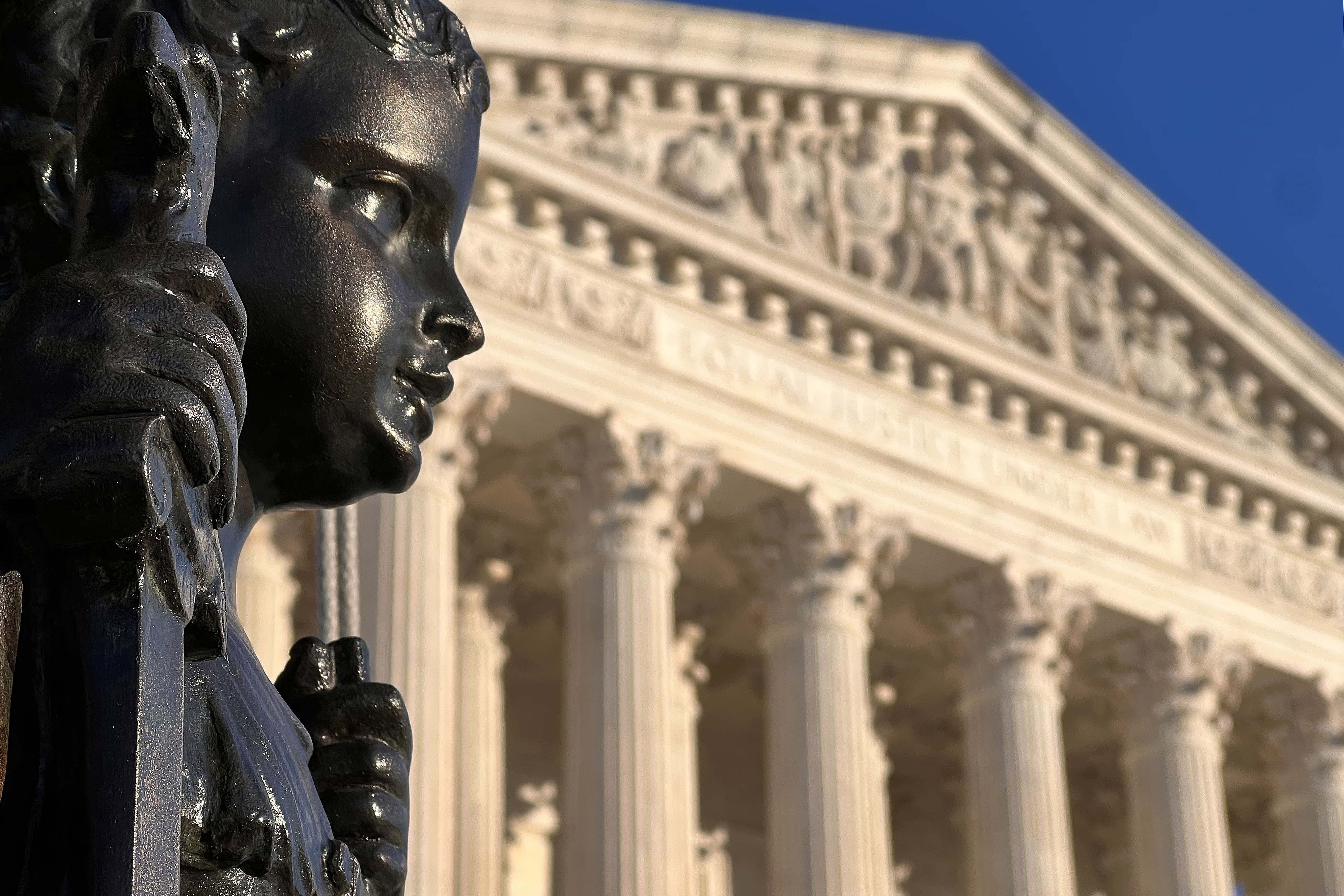 A former leader of the religious right contends that an effort he helped lead to influence conservative Supreme Court justices through prayer sessions, private dinners and other social events contributed to the stridency of the court’s opinion last month striking down Roe v. Wade.

Rev. Rob Schenck said on a religion-focused podcast released last week that the behind-the-scenes lobbying effort led by his former group Faith and Action to encourage the conservative justices to “be bolder and far more assertive in their opinions” on social issues like abortion contributed to the sweeping nature of the five-justice majority’s decision to roll back abortion rights.

“I can say with a certain level of certainty I don’t think we would have gotten the decision as it is worded from Justice Alito without the work we did,” Schenck said during an interview with another prominent Washington-area religious leader, Rabbi Jack Moline, on a podcast sponsored by the left-leaning Interfaith Alliance.

Schenck’s latest claims are fueling a heated debate about outside influences on the court and whether justices’ family and social relationships are driving the court’s agenda and increasingly conservative bent.

The high court has often been thought of as immune from the lobbying that is commonplace in Congress, at the White House and at executive agencies, but some of the recent revelations indicate activists have sought to steer some justices in ways that go beyond the usual advocacy in legal briefs and oral arguments.

For almost two decades, Schenck headed Faith and Action, now known as Faith & Liberty, which he described as an activist group aimed at penetrating the walls of the Supreme Court and persuading justices to be bolder in their faith-based conservatism. He broke sharply with the religious right over the past decade because of what he viewed as its extreme tactics and refusal to support restrictions on gun ownership.

Schenck said Justice Samuel Alito’s 79-page opinion in Dobbs v. Jackson Women’s Health Organization included language and framing that Schenck and other anti-abortion activists had touted for years in their efforts to stir up sentiment to ban abortion in the U.S.

“It was a polemic from our side of the movement, which startled me, took my breath away,” the reverend said. “He was using phrases we had invented as bumper sticker slogans in a Supreme Court decision. It was breathtaking to me.”

POLITICO reported earlier this month that the Supreme Court-focused campaign Schenck mounted, known as “Operation Higher Court,” sought to use social interactions with a slew of religiously-conservative couples to coax justices to be more vocal about defending and promoting conservative religious views and values in their opinions.

The couples built relationships with the justices through dinners at private homes, vacation getaways and swanky restaurants and subtly offered suggestions that the justices were the nation’s last line of defense against surging liberalism, said Schenck, who pointed to Justices Alito, Clarence Thomas and the late Antonin Scalia as the most frequent targets of Faith and Action’s overtures.

“We coined a phrase that we called in those years the ministry of emboldenment. And what we meant by that was shoring up the sympathetic justices so that they would use stronger language,” the ordained former Assemblies of God minister said in the podcast. “We were there to bolster their courage.”

A spokesperson for the court did not respond to requests for comment on Schenck’s interactions with the justices, the quiet influence campaign he described or his claims about the broader effort affecting the court’s work.

Schenck described the effort to seize opportunities to talk, pray and dine with the justices as a rather traditional, if unusually focused, Washington lobbying campaign.

“You know, Washington is built on relationships. So, you build relationships and the Supreme Court justices have a very tight constellation of people that they keep company with,” he said. “I set out to meet those people and build relationships with them and to set up arrangements where there were reciprocal debts owed. And one of the ways you pay a debt in Washington is you give access — you open doors for people that are in some cases, as with the court, that are otherwise impenetrable. I benefited from that. It took a long time to do that. At least a decade.”

Schenck said the effort was rather haphazard at first but grew more organized.

“The first decade I was at the court, it was mostly serendipity. The second decade, it was mostly payoff of investment. And so I was able to talk with the justices, to visit with them in their chambers often,” he said, later clarifying that he didn’t see justices in their offices often but primarily at various functions, including meetings elsewhere at the Supreme Court, the Capitol, and around Washington.

Schenck said the group and its emissaries tried to be subtle in their approach to avoid alienating the justices or their aides.

“We were careful,” he said. “You had to observe boundaries with the justices always and even in your language. So, for example, it would be a big no-no to pray something like: ‘Lord, we pray that same sex marriage will never be legalized in America.’ That, that would be too forward. It would be everything from boorish to a technical violation of their quasi-ethical rules.”

Instead, Schenck said, he or others enlisted by the group would offer a prayer like: “Lord, we thank you that justice so-and-so is on the bench when we must defend the sanctity of marriage and the family.” He said that was “code language” — meaning the court should block same-sex marriage and other measures he considered to be part of what he viewed at the time as the “homosexual agenda.”

Still, some justices occasionally seemed uncomfortable at the group’s overt references to social issues.

“We would get a little bit of pushback,” Schenck said on the podcast. “Even on occasion, a justice might squirm uncomfortably, turn and leave a little circle that began as a conversation circle and turned into a prayer circle. So, we pushed the envelope. I certainly did.”

While Faith and Action’s parallel efforts to press members of Congress to be more vocal backers of social conservatism were more open, the group’s work with justices was more secretive. Still, such prayer sessions were occasionally mentioned in newsletters and similar publications.

And last month, Rolling Stone reported on what appeared to be audio recorded outside the court around the time of the recent abortion ruling. The recording of Peggy Nienaber, who worked with Schenck at Faith and Action and who is now vice president of Faith & Liberty, captured her seeming to boast of holding prayer sessions at the court with justices. She later retreated from her apparent comments, insisting that she had not been part of such sessions in recent years.

Schenck, who now serves as president of the Dietrich Bonhoeffer Institute, criticized the court’s ethical strictures as lax and said he hopes his disclosures about previously-opaque efforts to influence the justices will prompt reforms either by Congress or the court itself.

“I think things need to change at the court,” he declared. “I’m not the best messenger for that and I realize that but somebody needs to herald that message.”