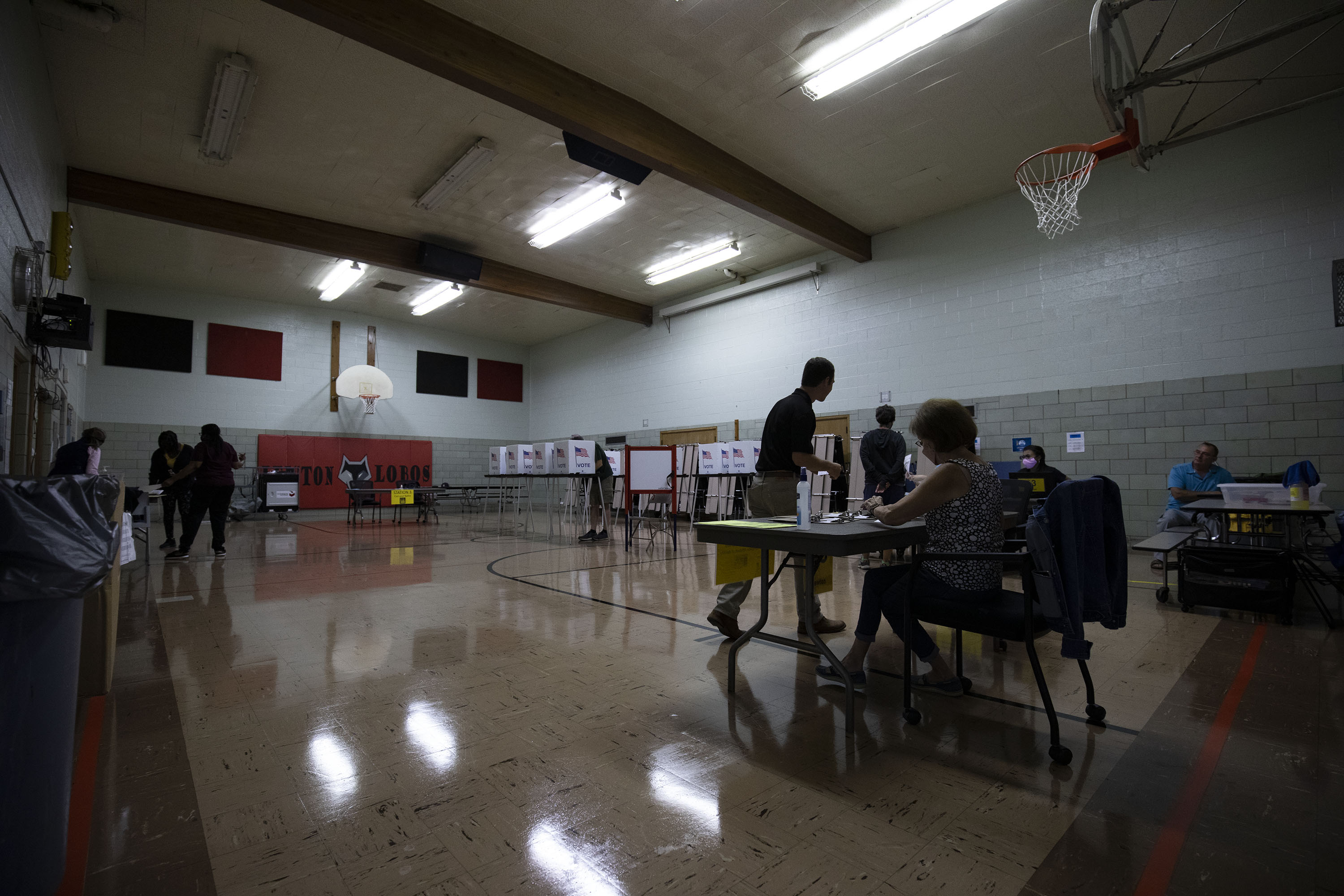 Members of a GOP activist group coaching Michigan poll workers and watchers before Tuesday’s primary election instructed them to call 911 and contact sheriffs to involve law enforcement in election-related complaints, according to a recording of a Sunday night meeting obtained by POLITICO.

The plan, outlined by Joanne Bakale, who is running a voter project for the Election Integrity Force and who led the meeting, is the latest example of how many individuals who falsely maintain there was widespread fraud in the 2020 election are seeking to involve law enforcement around elections administration.

“One of the issues that we had in the 2020 election is that no one actually filed any complaints with the police,” said Bakale, advising participants to document issues around voting or voting machines by calling 911. In 2020, dozens of poll challengers were locked outside Detroit’s TCF Center, where absentee ballots were being counted, after Covid-19 safety protocols were violated. Since then, many activists and GOP officials have insisted they witnessed fraud, despite a GOP-led investigation refuting the claims, and worked to form relationships with local police.

POLITICO obtained the recording from a participant. About 50 individuals were on the Zoom call, run by Bakale.

Sandy Kiesel, executive director of the Election Integrity Force who is running for a state legislative seat, said calling law enforcement should only happen for issues that can’t be resolved. “If you’re running into a problem with something and not getting anywhere your recourse is to get a report filed,” Kiesel told POLITICO via phone call, describing her group as nonpartisan and focused on “transparent elections.” The goal, she said, is “to have everybody see the same thing.”

“We’ve always been very careful to tell people to be very polite and considerate. This isn’t a war where we want people to get thrown out,” she said.

A number of participants in the meeting advocated for involving law enforcement in disputes at the polls.

Sheriffs could wield significant power, according to an unidentified female participant. “I just know that to call 911 is what we should do. Because the sheriff has ultimate authority, more authority, any other agency involved in the elections,” she said. An unidentified male participant chimed in: “If there is an infraction, I will be able to point right to the law in front of the sheriff’s deputy and cite it,” he said. 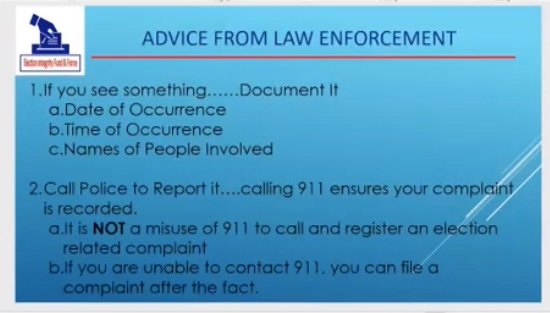 The purpose of the meeting was to review “Operation Paper Cut,” an effort by poll workers to obtain copies of voting machine tabulator tapes. After briefly outlining that process, Bakale shared that she recently reached out to “one of our friends in law enforcement” for advice.

“What is it you really expect the police to do?” the same unidentified male asked.

“It’s more a documentation of the occurrence,” replied Barkale, noting the 911 system will record the call.

Yet another person in the meeting said the goal is to start an investigation. “The best thing to do is to call 911 and then when they start investigating, they can get the names of the attorneys and they can figure out what to do,” she said.

The recordings demonstrate how individuals who falsely believe the last election was stolen could create potential disruptions at polling locations in current or upcoming elections and the levers GOP activist groups are planning to use to lay the groundwork to challenge votes and voting processes in heavily Democratic-voting precincts.

Michigan is the state where Sheriff Dar Leaf of rural Barry County continues his own self-initiated investigation into debunked allegations that the 2020 election was rigged against Trump, including that voting machines flipped votes from Trump to Democrat Joe Biden. Leaf has petitioned courts to try to seize election equipment and sent investigators to try and interrogate local clerks — all with little success.

The Republican National Committee, which is also running workshops on how to challenge votes and voting processes, has stressed in its sessions that all workers should follow state and local rules including a ban on electronic devices that could compromise voter privacy. Yet some participants in the Sunday night session indicated they have no intention of abiding by those rules.

“Could anybody get like a hidden camera or a microphone so if you’re working down in Detroit you could have those things running and they would never know they are running,” said one female participant, suggesting “ear pieces” that can record.

“That is my intent, I don’t care what the frickin rules are, frankly,” answered the same unidentified male participant.

“I will have a phone on in my pocket, with an excellent [recording] system, because, frankly, at the end of the day here, we need to be able to, if there is an issue and I pray this is not. Now, we need to have some, you know, evidence to come back and back up our claim, because otherwise it’s a he-said-she-said.”

Kiesel said her group would never endorse breaking the rules and that the call was open to anyone who’s been through a poll worker training, noting several outside groups and the Republican National Committee are hosting them.

“That’s an open call to anyone who signed up to work” the polls, she said.