GOP freezes up on same-sex marriage 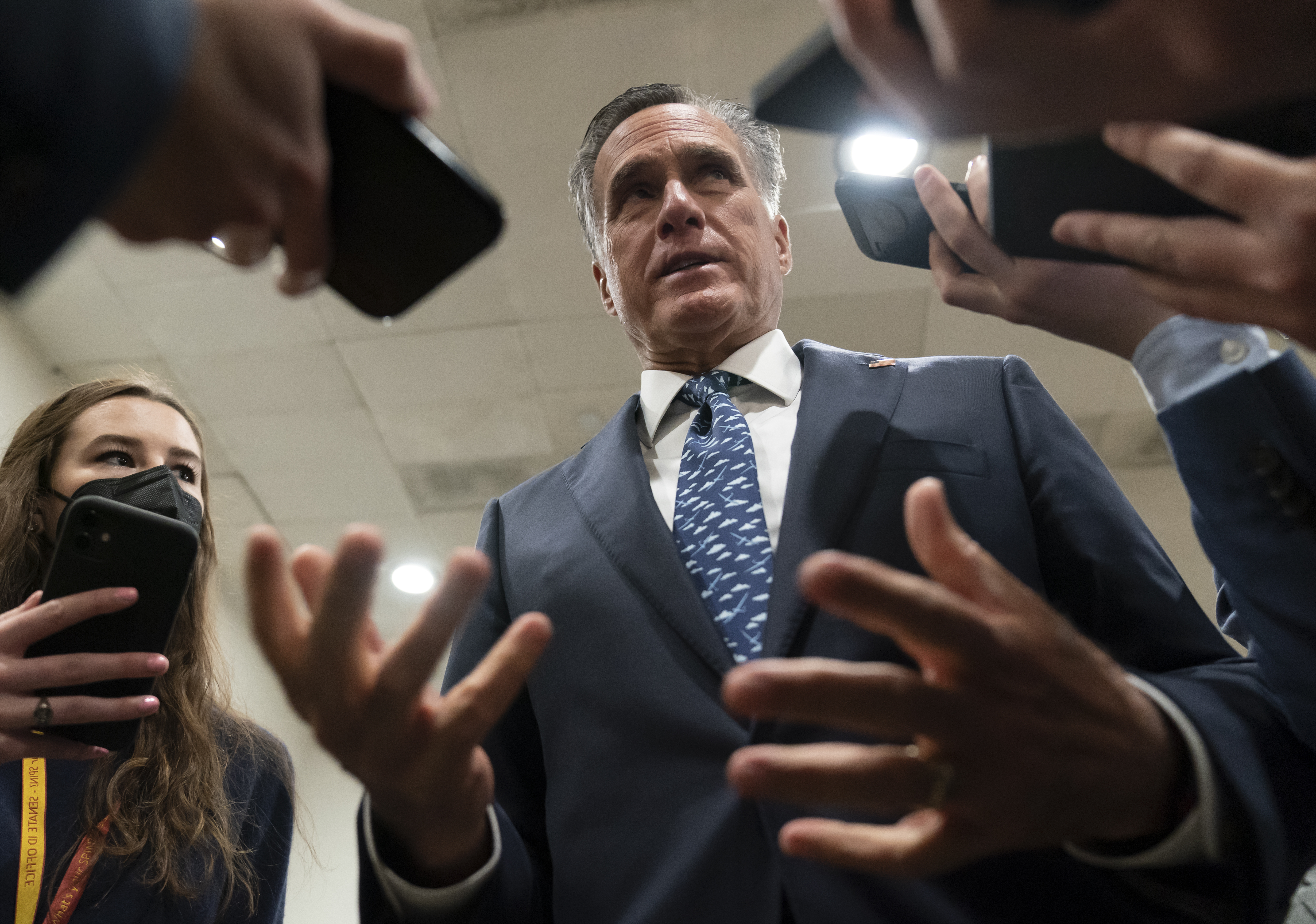 Those are some of the answers Republicans gave Wednesday on whether they’d back legislation writing same-sex marriage into law. And though Democrats want assurances the bill could pass the Senate before taking it up, Chuck Schumer may have to take a gamble to find out if the landmark legislation has the GOP support necessary to clear a 60-vote threshold.

“I’m keeping a very open mind,” said Sen. Joni Ernst of Iowa, one of many Republicans who said Wednesday they are either undecided or haven’t looked at the bill that would enshrine the Supreme Court’s Obergefell v. Hodges decision as law.

She added: “I have a good number of very close friends that are same-sex married.”

After the House passed a bill Tuesday codifying marriage regardless of sexual orientation, ethnicity or country of origin — a response to the high court’s overturning of Roe v. Wade that won 47 GOP votes — Schumer now needs 10 Republican senators to send it to President Joe Biden’s desk.

He said on Wednesday he wants to put the legislation on the floor and has tasked Sen. Tammy Baldwin (D-Wis.), the first openly gay senator, with finding Republican support.

But if Republicans’ unenthusiastic responses on Wednesday are any indication, Schumer will probably have to put the bill on the floor in order to find out if it can pass. Senators like Burr, Romney, Ernst and Young aren’t giving hard “nos” by any means, but they aren’t racing to provide the 10 ironclad commitments Democrats would need to make same-sex marriage a law, either.

Even retiring senators were keeping their views to themselves about the four-page bill. Burr (R-N.C.) merely said: “I haven’t looked at the legislation. Is that too much to ask for?”

“I’m aware of this bill. I haven’t looked at it,” said Sen. Pat Toomey (R-Pa.), who many Democrats think is open to voting for the same-sex marriage bill and backed a nondiscrimination bill in 2013.

Since the Supreme Court struck down restrictions on same-sex marriage in 2015, the Republican Party has largely sidestepped litigating its own internal divisions over the matter. Many social conservatives and mainstream GOP politicians still oppose same-sex marriage, guaranteeing that the House’s bill would divide the GOP.

The 47 House Republicans who supported the legislation represent what would’ve been an unthinkable number just a decade ago, but still a solid minority of the GOP conference. Explaining his vote for the bill, ultra-conservative House Freedom Caucus chair Rep. Scott Perry (R-Pa.) focused on its non-LGBTQ elements: “I don’t think that interracial marriages should be outlawed.”

And sure enough, across the Capitol, Sen. Ted Cruz (R-Texas) said his party would surely try to filibuster the effort. Asked if the same-sex marriage bill would get the 10 Republicans needed to clear that obstacle, he said: “I hope not.”

The same-sex marriage bill came to the House floor as part of a broader strategy by Speaker Nancy Pelosi’s caucus to respond to the high court’s elimination of a nationwide right to an abortion. In light of a concurring opinion by Justice Clarence Thomas that encouraged the Supreme Court to also revisit the Obergefell decision and another governing contraceptive access, House Democrats raced to show their support for protecting both same-sex marriage and birth control.

But over in the Senate, Democrats say they aren’t interested in burning valuable floor time on a political vote — they want to vote on a bill that would go to Biden’s desk. Sen. Tina Smith (D-Minn.) said it’s a “good idea” to prioritize the legislation but is “of the mind right now that we should be taking the floor time on things that we could actually pass.”

“It’s important enough to take some time out of a recess,” said Sen. Richard Blumenthal (D-Conn.). “60 votes is within the realm of the possible.”

Democrats themselves spent much of the pre-Obergefell era divided on same-sex marriage, with even former Presidents Bill Clinton and Barack Obama opposing it initially. (Obama got a nudge on the issue from his then-vice president, Joe Biden.) But these days, the party is pretty much united in support.

The Senate is set to go on a lengthy break in two weeks, however, and Democrats are trying to pass legislation that would pour money into the domestic microchip manufacturing industry, cut the prices on prescription drugs and admit Sweden and Finland into NATO. That leaves Schumer with a tough decision on whether to wedge same-sex marriage into the schedule before the summer break.

Maine Sen. Susan Collins, the lead GOP sponsor of the same-sex marriage legislation, said that the bill should get a vote, but there isn’t a rush.

“I would like to see it on the floor. I don’t think it needs to be done this work period. There is no pending immediate case that’s going to be decided before the end of the year. So we have some time,” Collins said. “I do think codifying is a good idea.”

But other than a handful of hard nos from the likes of Sens. John Cornyn (R-Texas) and Lindsey Graham (R-S.C.), most Republicans refused to tip their hands. Sen. Chuck Grassley (R-Iowa) said he’s waiting for his staff to review the legislation, Sen. Ron Johnson (R-Wis.) said he needed to review it and Sen. Mike Braun (R-Ind.) said he’s not commenting on it yet.

“I haven’t given consideration to that legislation in part because the law isn’t changing and there’s no indication it will. And clearly the legislation from the House is unnecessary,” said Romney (R-Utah).

He said that Thomas’ push to reexamine previously decided cases “has opened a lot of doors that no other justice has walked through.”

That leaves Democrats well short of the 10 hard yeses they are hoping to find. Still, Republicans think that at some point, Schumer will probably force them to make up their minds on the Senate floor.

Olivia Beavers contributed to this report.