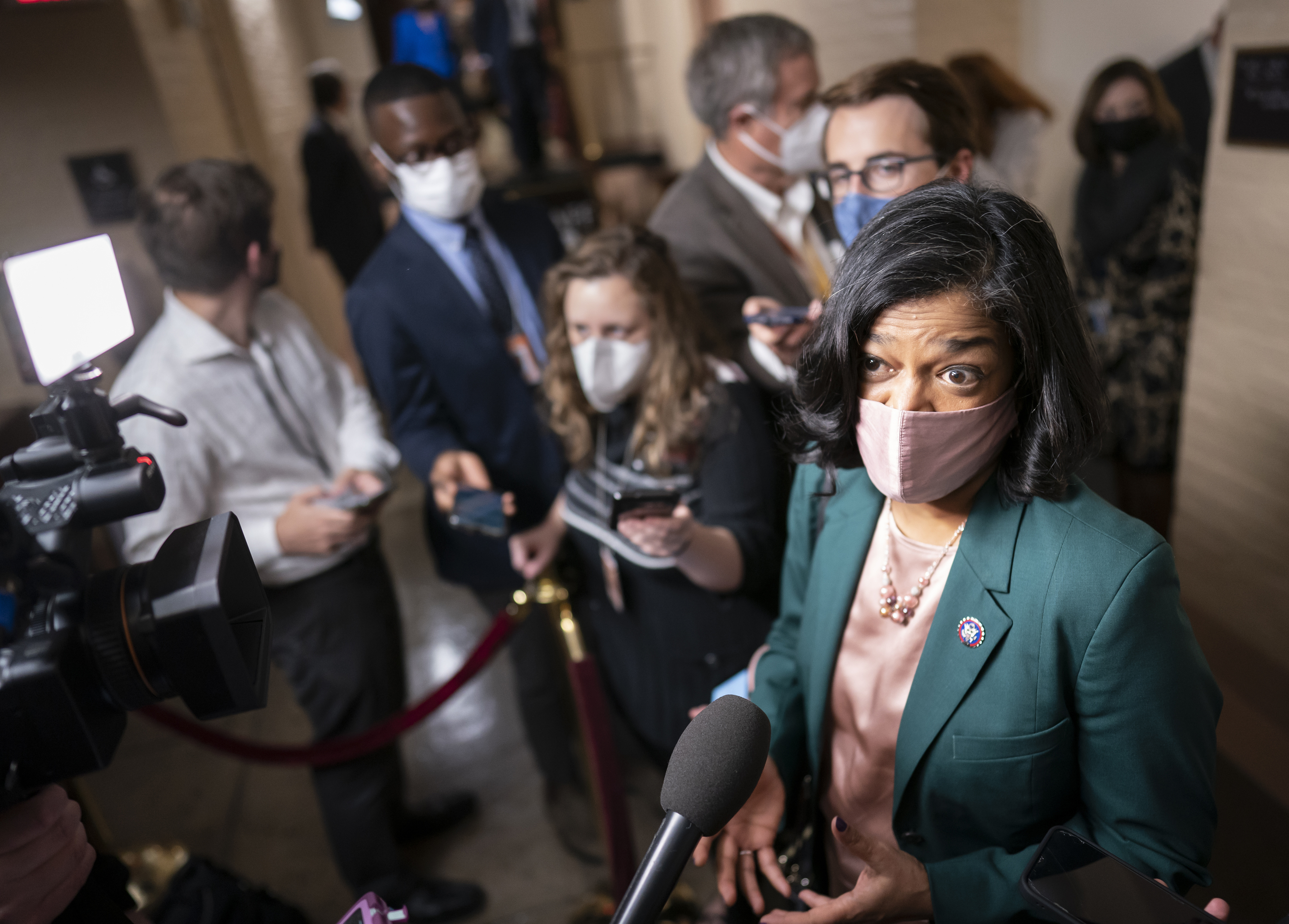 House Democrats might have to swallow whatever the Senate feeds them on two of the party’s biggest bills in order to pass either one. That doesn’t mean they’re all ready to accept the tough reality.

Party leaders are racing to reach an accord on two huge, multi-billion-dollar items this summer: a sprawling manufacturing bill as well as a party-line package that they’ve labored over for more than a year. With a potentially crippling election ahead, Democrats believe passing both will be critical to their long-shot bid to keep the House and their battle to hold the Senate.

But to reach a quick deal on either bill, House Democrats may have to, once again, rubber-stamp a Senate-passed deal — a longstanding frustration in the lower chamber exacerbated by the realities of their 50-50 majority across the Capitol. The narrow parameters of that possible deal acquired crystal clarity Thursday night when Sen. Joe Manchin (D-W.Va.) said he wouldn’t accept climate or tax provisions.

And if House Democrats are working through the stages of grief over the likely loss of their own long-held legislative goals, most haven’t reached acceptance.

“It’s very tough if the Senate finishes something and it comes over here. It takes away a lot of leverage. It makes it sort of a yes-no question, versus a ‘what more can we get?’ question,” Congressional Progressive Caucus Chair Rep. Pramila Jayapal (D-Wash.) said in an interview before Manchin’s rejection of climate and tax language. “There’s always the ‘no’ option. That is the ultimate leverage.”

Jayapal knows well what it means to say “no,” having helped delay House passage of the $550 billion infrastructure law last year. She says she can’t make that decision yet on the Senate’s looming bills, illustrating just how high the pressure is on Speaker Nancy Pelosi’s caucus to swallow at least some of its losses if it means a broader political win.

Rep. Elissa Slotkin (D-Mich.) is among the multiple vulnerable Democrats in both chambers who are particularly desperate for the China competitiveness bill, which would infuse $52 billion into U.S. manufacturing. Senate Minority Leader Mitch McConnell has threatened to tank that legislation unless the majority party drops its climate and health bill.

“Everything has been slow about this. And lo and behold, here we are now we’re getting close to the election and Mitch McConnell and everybody else are playing politics,” Slotkin said of the China competitiveness bill, which is key for her Midwest swing seat. “So I’m for getting the CHIPS Act done, one way or another, by August 1.” 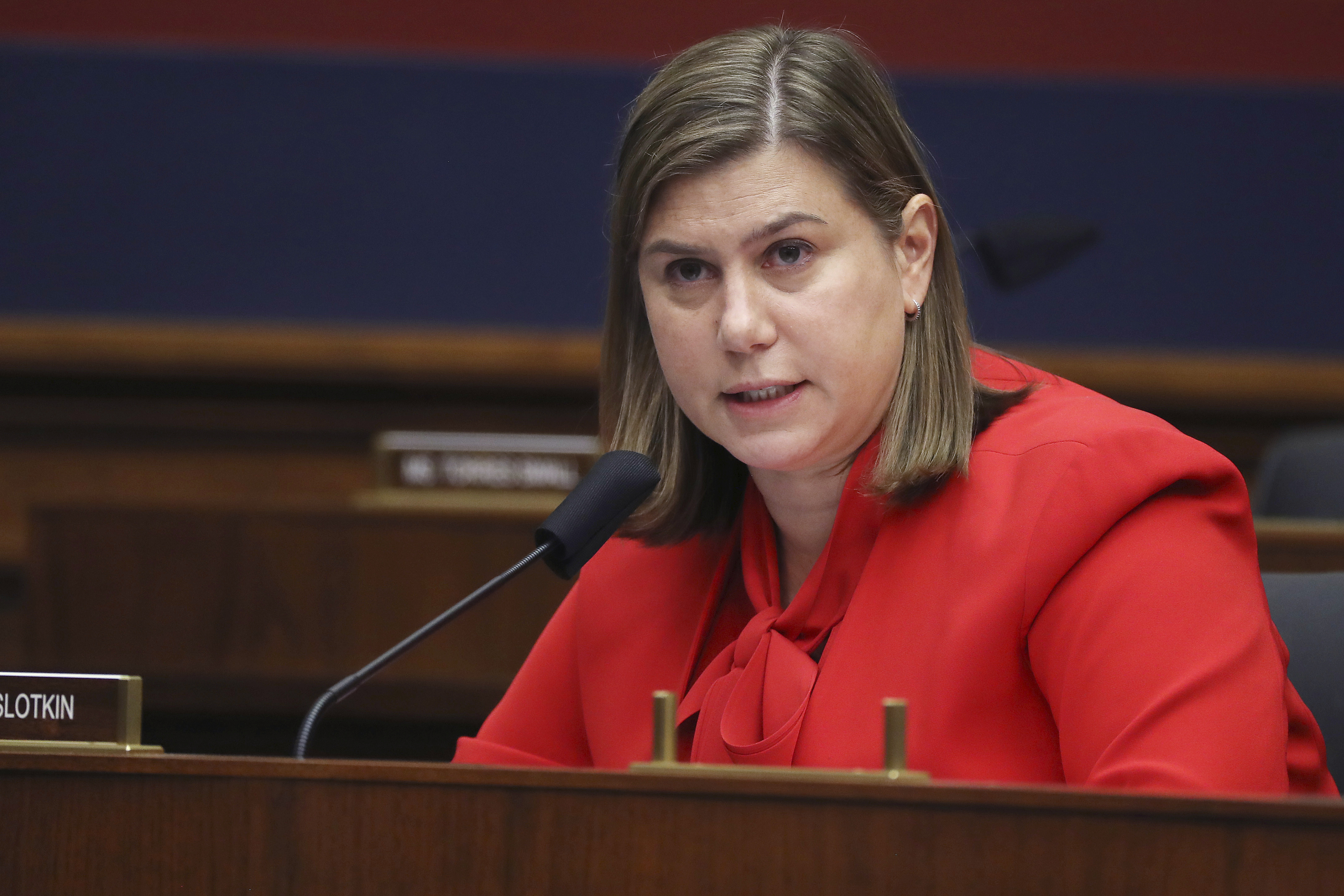 It’s not just rank-and-file Democrats pushing leadership to embrace a scaled-back version of their competitiveness bill. The White House is now floating a proposal to break off a key piece of that package — the $52 billion in semiconductor funding — to pass on its own, blocking McConnell’s ability to use the fate of the bill as a political pawn.

In a rare visit to the Hill on Thursday, Commerce Secretary Gina Raimondo strongly urged House lawmakers from both parties to deliver that computer chip funding as soon as possible. Pelosi told reporters earlier Thursday her caucus was “more interested in” a deal that pairs the semiconductor funding with other pieces rather than a stand-alone bill with only chip money.

But it’s far from clear such legislation could pass the Senate. Still, House leadership insists they’re not willing to fold and just take up the Senate bill wholesale amid the broader standoff with McConnell.

“Of course, we can pass the Senate bill and then might as well eliminate the House, which the Senate would like to do, perhaps,” House Majority Leader Steny Hoyer (D-Md.) quipped.

Pressed if he meant there was no situation in which the House would just pass the Senate’s bill, Hoyer clarified: “I didn’t say that.”

To pass either package — assuming Senate Majority Leader Chuck Schumer can reach a deal with Manchin — House Democrats need to master their perennial problem: math. Pelosi can afford to lose only four votes from her caucus to pass a deal without Republicans. That means she’d need nearly all of her members to accept the Senate’s versions of both the competitiveness bill and a party-line package that may now just include drug pricing and Obamacare subsidies.

The whip effort could be an even bigger headache for House Democratic leaders on the latter package, a slimmed-down version of last year’s “Build Back Better” bill, if their Senate counterparts ever deliver on a plan.

Schumer and Manchin have kept their talks on a scaled-back domestic policy bill closely held, eyeing something dramatically smaller than the $1 trillion-plus bill passed by the House last year. The centrist’s spurning of modest tax increases on the wealthy and corporations, as well as climate policy, would leave Democrats with a health-only bill as their final option this year.

Even before Manchin balked, a group of about a half-dozen House moderates watching the talks from afar were increasingly distrustful of how the Senate would handle tax provisions. Several have privately discussed counteroffers they could make to any Senate deal.

“I’m part of a group that has had discussions about alternatives to what might be coming,” said Rep. Dean Phillips (D-Minn.). He added that he’s “not taking any positions,” except that he wants a middle-income tax cut in the measure, and at the least a minimum tax on the largest corporations.

Rep. Rep. Mikie Sherrill (D-N.J.), another centrist with concerns about what a final deal could look like, told reporters that she was “not interested in new spending.”

That House centrist group includes members like Rep. Josh Gottheimer (D-N.J.), who drew a hard line during last year’s negotiations on repealing the cap on state and local tax deductions, known as SALT. Gottheimer, Sherrill, Rep. Tom Suozzi (D-N.Y.) and others all say they are sticking with their “no SALT, no deal” line.

And at least one House Democrat who outlined another demand for that package — over immigration — says he’s not caving, either.

Rep. Lou Correa (D-Calif.) said if there’s not immigration reform in the package, “then no, I’m not interested in supporting it … maybe they don’t need my vote.” 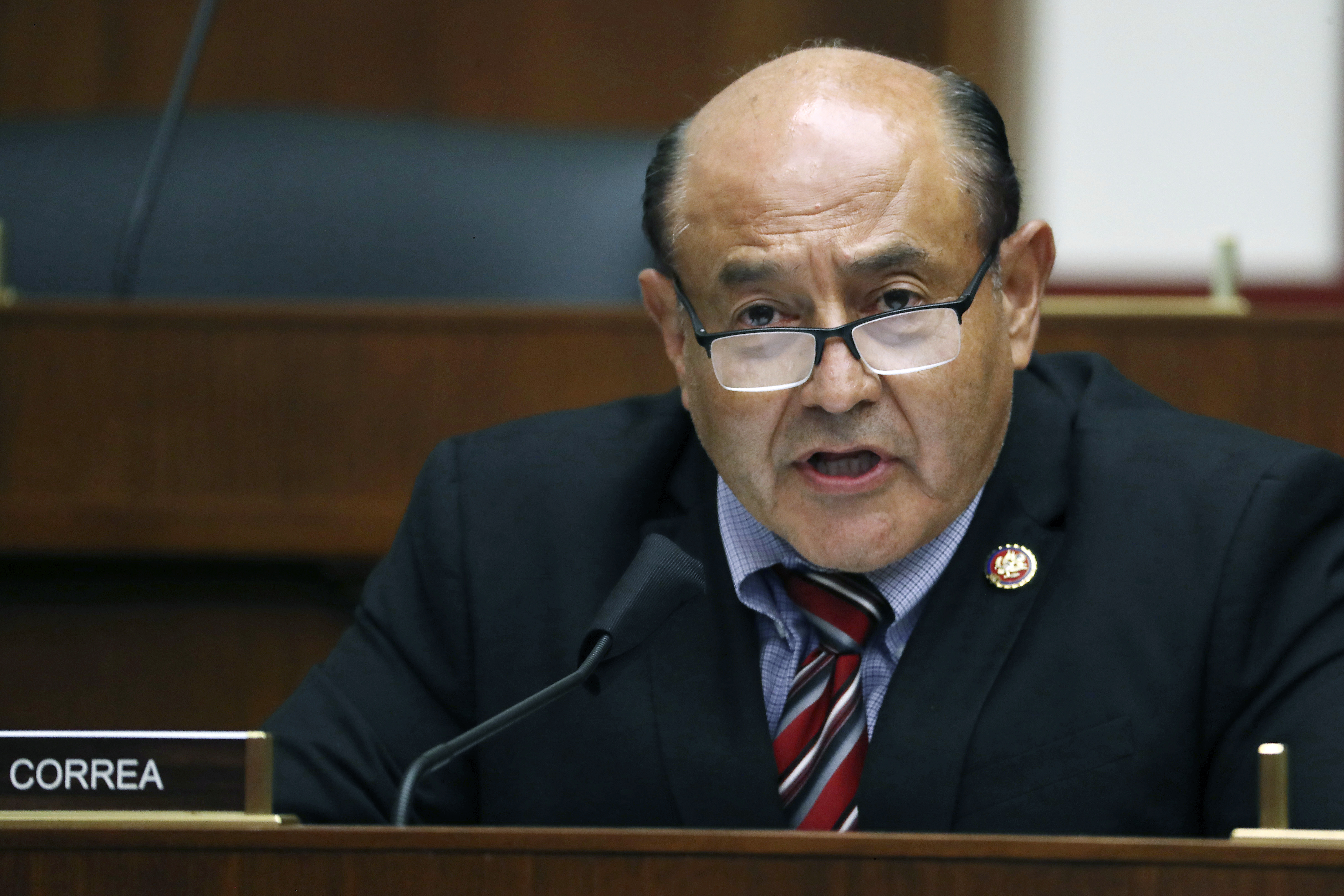 Progressives, meanwhile, say they aren’t simply willing to greenlight a Manchin-Schumer deal either, which could leave out other key priorities.

“There are certain things that for certain members are a red line. And we came very close with the gun safety bill, and the only reason that I think the gun safety bill had the votes that it had is because we were able to intervene early enough to shape what came out of the Senate,” Ocasio-Cortez said in a brief interview.

If the Senate simply announces a deal with no input from the rest of the party, she warned: “There could very easily be deal-breaking provisions not just for me, but for any number of members because the Senate has a huge number of blind spots, particularly when it comes to class and race.”

Some long-serving House Democrats, however, are prepared to get more pragmatic.

“I guess I’m a practical person. What we can get is what the Senate will do or won’t do. I think it’s important to get as much as we can. I think we would take it, I do,” said Rep. Juan Vargas (D-Calif.). “But again, the Senate has to figure out what they’re going to do.”