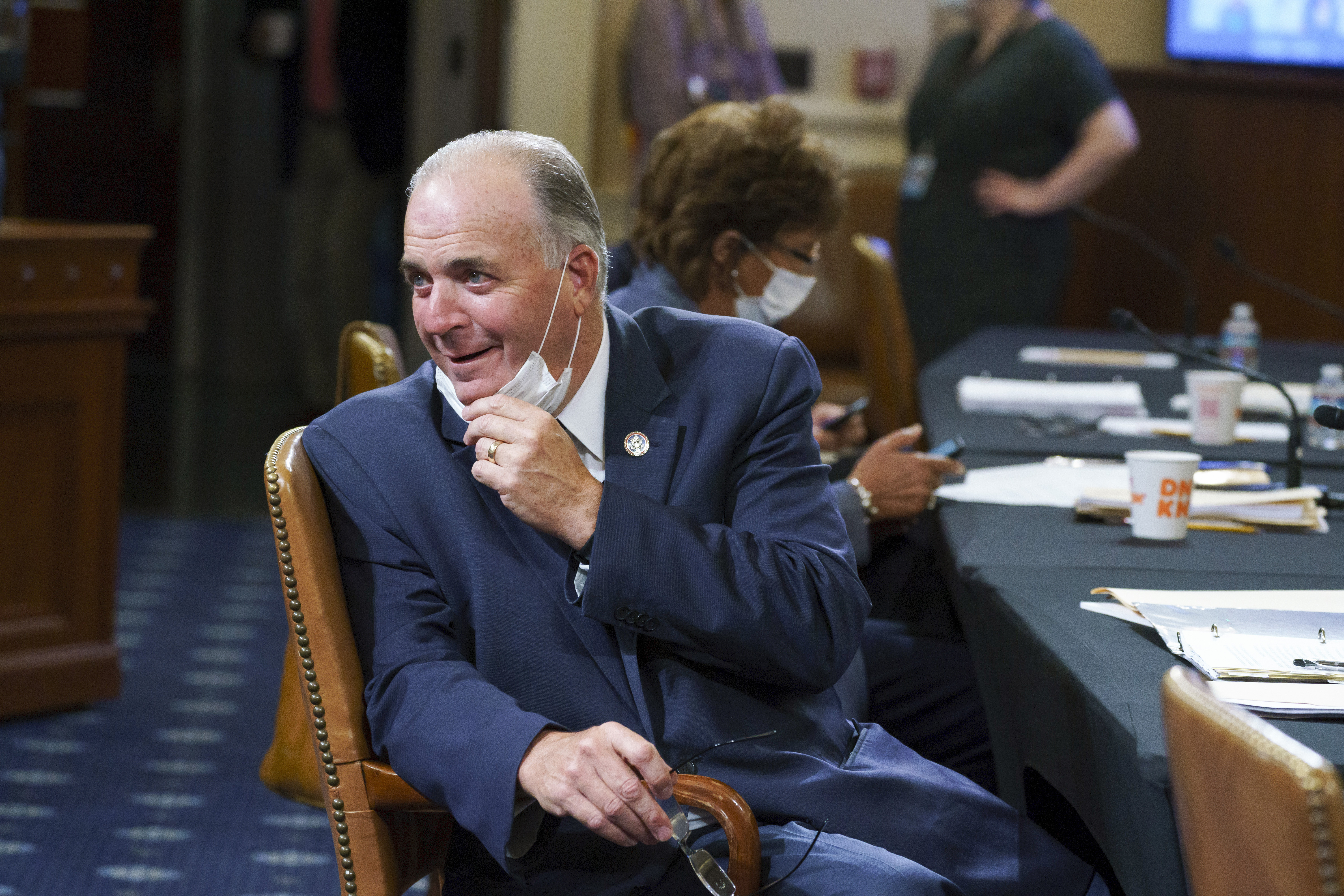 The midterms are still four months away — but the ad wars have already begun.

Some of the most endangered House Democrats are hoping to inoculate themselves ahead of a potentially brutal November by going up on TV months before the typical end-of-summer ad rush. Nine incumbents in battleground seats were already airing ads by early July, according to a POLITICO analysis — and some plan to keep going straight through to November.

It’s much earlier than House candidates typically start their general election advertising, and it’s a sign of Democrats’ political reality: Republican candidates and big-spending allied super PACs are ready to capitalize on deep economic unease and President Joe Biden’s sagging approval ratings by contesting dozens of blue districts this fall. But the second-quarter campaign finance reports due Friday will show that most battleground Democrats in Congress are flush with cash, and a growing number have responded by unleashing a steady stream of advertising early, seeking to define themselves before the attacks start — and while the airwaves are less expensive or crowded.

“We’ve had a couple of really good quarters. I’m committed to running a campaign that wins,” said Rep. Dan Kildee (D-Mich.), who had $2.4 million banked at the end of March and went on air in late June. “Anybody who’s coming at us, they’re going to be in for a fight. I don’t believe in being timid.”

Nine Democratic incumbents in possible swing seats have aired some 14 broadcast TV ads so far, per data from AdImpact, a media tracking firm. The messages range from positive spots on work the members are doing to lower the gas tax and fund police, a strategy deployed by Reps. Matt Cartwright (D-Pa.) and Marcy Kaptur (D-Ohio), to early hits on their GOP opponents, a tactic embraced by Rep. Cindy Axne (D-Iowa).

A few candidates went on air around the time they were targeted by American Action Network, a GOP outside group running ads blaming Democrats for rising costs. Collectively, the nine Democratic incumbents have reserved about $3.4 million worth of advertising time between mid-June and the end of July, according to AdImpact.

“Obviously television time is cheaper now. It gives them a chance to continue to tout the work that they’ve done,” said Rep. Ami Bera (D-Calif.), who leads the Democratic Congressional Campaign Committee’s Frontline program for endangered incumbents. “It allows you in an uncrowded marketplace to get your message across,” he said of the early spending.

At this point in the 2020 cycle, just three vulnerable Democrats had begun major ad campaigns: Reps. Max Rose (D-N.Y.), Kendra Horn (D-Okla.) and Joe Cunningham (D-S.C.), according to AdImpact. They all lost that November — demonstrating the limits of early TV spending as a tool to blunt an unfavorable political environment.

Kildee’s spots highlight his work with “Republicans and Democrats” to lower drug prices, to cap the price of insulin and to open new markets for local farmers. In one ad, he took direct aim at a GOP outside group that ran its own ad blaming inflation on Democrats’ federal spending.

He is one of four swing-seat Democrats who went on air ahead of their summer primaries, even though they face little intraparty opposition. The others: Rep. Elissa Slotkin (D-Mich.), Kim Schrier (D-Wash.) and David Trone (D-Md.).

Slotkin, Schrier and Kildee all used their spots to tout their bipartisanship and independence. In a Lansing-based swing seat, Slotkin noted her time working on national security issues under presidents from different parties. In suburban Seattle, Schrier bragged that she took “on the Biden administration” over a gas-tax holiday in her ad. She faces several GOP opponents in an all-party primary on Aug. 2 and booked nearly $3.4 million worth of air time from mid-June through November.

“It’s really not a particularly expensive TV ad market where I live,” said Cartwright, who is running a spot about lowering gas prices in his northeast Pennsylvania district. “I’ve done a workmanlike job of raising money to defend the seat.”

In 2018, Democratic candidates raised massive sums of money that allowed them to keep pace financially with — or, in many cases, exceed — GOP incumbents in those districts. Now that they are in office, that money has not slowed down, though some of their Republican challengers are beginning to catch up.

All three women are already running TV ads. Schrier and Lee released ads in the aftermath of the Supreme Court’s decision to overturn Roe v. Wade, stressing their commitment to abortion access.

Lee decided to focus her spot on abortion because she said her opponent, April Becker, has not been forthcoming about her stance on the issue.

“Voters need to understand where a woman who’s running for Congress stands,” she said, “especially because we already see that Republicans are poised to put a nationwide abortion ban on the docket should they get the majority.”

Luria, meanwhile, the only vulnerable House Democrat on the select committee investigating the Jan. 6 attacks, is out with a 1-minute ad stressing her commitment to defend U.S. democracy.

“People might say, ‘Well why would you do that? You might not get reelected,’” Luria says in footage from the spot. “I don’t care because I did the right thing.”

Other members also adopted very specific messages in their ads. Kaptur, who was placed in a highly competitive seat in Toledo during Ohio’s redistricting, accuses her opponent, J.R. Majewski, of breaking “past the police barricade” during the Jan. 6 attacks on the U.S. Capitol

Still, Democrats won’t have the airwaves to themselves for long. Even if they outraise their GOP candidates, Republican super PACs plan to make up the difference.

Congressional Leadership Fund, a Republican group aligned closely with House Minority Leader Kevin McCarthy, announced Thursday that it raised $43.5 million in the second quarter and ended with $130.4 million in the bank, which is nearly $60 million more than it has ever had on hand at this point in an election cycle.

“This is a significant down payment on what’s needed to win a new Republican majority and put a check on the Biden administration’s disastrous policies,” CLF President Dan Conston said in a statement.