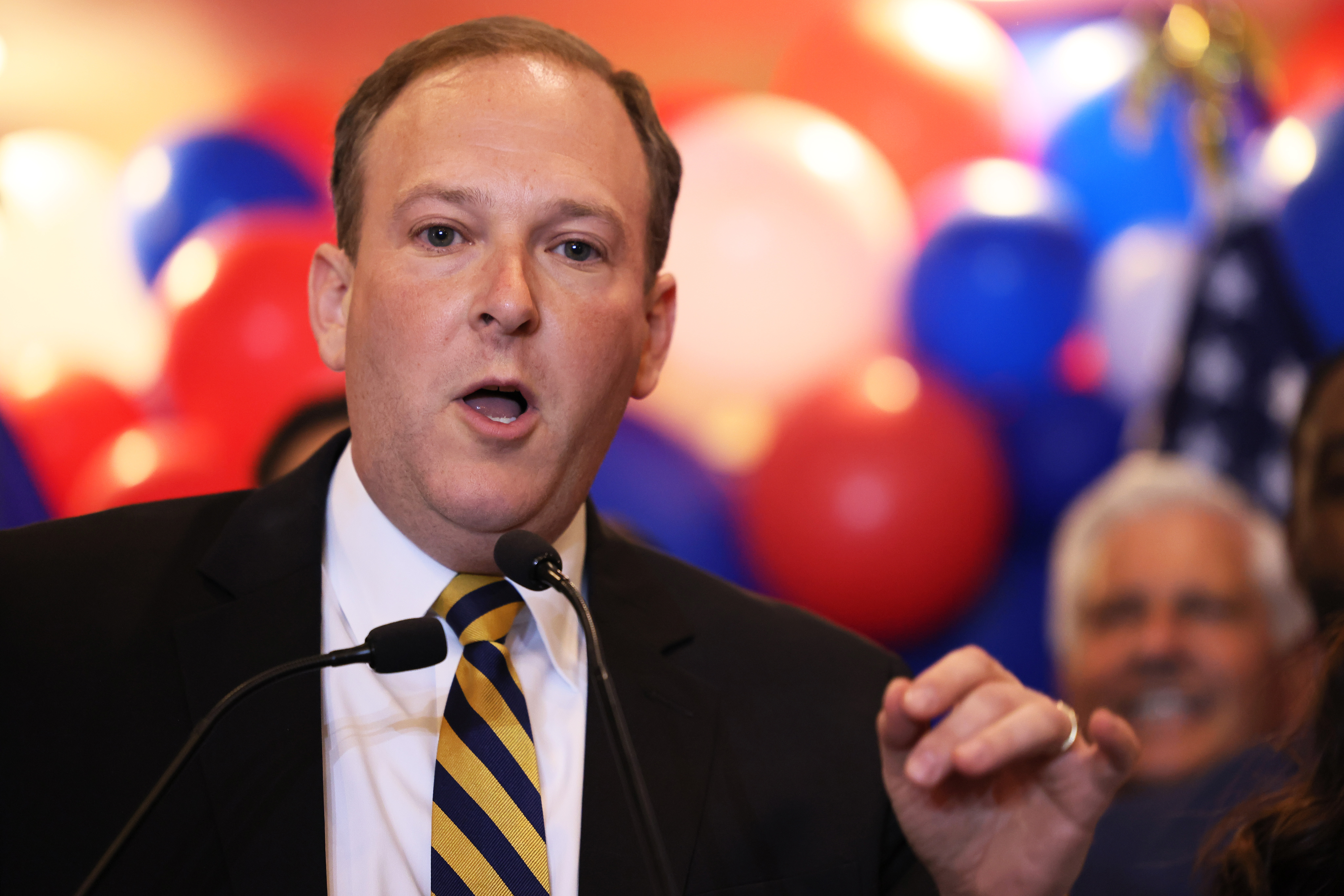 The suspect, who allegedly attempted to stab GOP Rep. Lee Zeldin during an upstate campaign rally Thursday evening, was identified by law enforcement as David G. Jakubonis, 43, of Fairport. He was charged with attempted assault in the second degree, arraigned in Perinton Town Court and released on his own recognizance, according to the Monroe County sheriff’s office.

Video shows him walk up behind Zeldin, tap him on the shoulder with his left hand and then motion toward Zeldin with his right hand containing a weapon.

“If he had gone up there a little more abruptly and just jabbed Zeldin in the throat and he bled out on the stage, that would have been an assassination of a sitting member of Congress and a gubernatorial nominee,” state GOP chair Nick Langworthy said during a press conference in Buffalo Friday morning. “The fact that this guy walked out of the jail last night on his own, it doesn’t just wake the hell up every New Yorker that there’s something seriously wrong — if we’re not even protecting the people who are officials, what can the little guy expect out of the government?”

The state’s laws exempting all but the most serious crimes and exceptional circumstances from cash bail have drawn criticism from both right and left since they were overhauled in 2019.

Gov. Kathy Hochul was not involved when they were crafted under her predecessor, but spent most of this year’s budget process negotiating tweaks that tightened some provisions but fell short of broader changes Republicans and moderate Democrats had been seeking.

Republicans have blamed Democratic control of both legislative chambers and the executive mansion for crime rates that New York voters have indicated are their primary concern this election season.

Zeldin, during an interview Friday with FOX News Radio’s The Brian Kilmeade Show, criticized Hochul’s previous statements that there was no data supporting the idea that bail laws were responsible for increased violent crime and therefore no justification to fully repeal the laws.

“I’ve long been calling for a repeal of cashless bail,” he said. “When Kathy Hochul was asked about this a few months ago, she said there’s no data to support it. Well, you need data, look at the press clippings. I mean, you can look at what happened last night. You can attack — you can try to stab a member of Congress, which is bad enough if you’re trying to stab anybody — and you can instantly be released on cashless bail.”

Zeldin described the weapon, not as a knife, but as a sort of self-defense instrument someone might carry on a keychain, with “two holes for him to put his fingers through, kind of like as you see with these brass knuckles,” and “two sharp, pointy edges coming out of that weapon,” Zeldin said.

Zeldin reminded listeners that he is a black belt and “once won the world championships in sparring.”

“At that moment when he was coming at me, it was just — it was a simple move,” Zeldin said. “I just grabbed his wrist in a particular way to hold it there. And it was only for a few moments that it was necessary for a bunch of people to tackle him. But you know, once I saw that weapon, and I heard him saying, ‘You’re done,’ and he started lunging at me, then I realized that, you know, this isn’t somebody coming on stage to check the microphone.”

Zeldin’s supporters are also pointing to Hochul’s campaign release the previous day, attacking Zeldin’s planned four-day bus tour as a ‘MAGA Republican’ Bus Tour from ‘Big Lie’ Lee and his entourage of extremists.” It mirrored Zeldin’s announcement of his statewide tour, but announced each stop with its criticisms of his campaign. It didn’t say where the stops were.

“It’s yet to be seen if the assailant was directed to the event by Gov. Hochul herself — her campaign issued an angry, hyperbolic dummy news advisory to steer protesters to the Zeldin rally — but it is our hope that she will use better judgment in the future,” State Conservative Party Chairman Gerard Kassar said in a statement. “This state is volatile enough without its governor ginning up fury.”

Assembly Member Mike Lawler, who is running for Congress, called for a special legislative session to revisit the bail laws, which he has now coined the ‘Attempted Assassination Loophole.”

Langworthy said he didn’t care if the weapon was “a butter knife or a machete.”

On Friday, President Joe Biden denounced the attack “in the strongest terms.”

“I am especially grateful for the courage of those who intervene and that [Zeldin] is unharmed and was able to continue his speech,” Biden said in a statement. “I also want to thank the law enforcement officers who quickly took action and are investigating this attack that defies our fundamental democratic values.”