Pelosi to Blinken: Label Russia as terrorist state, or else Congress will 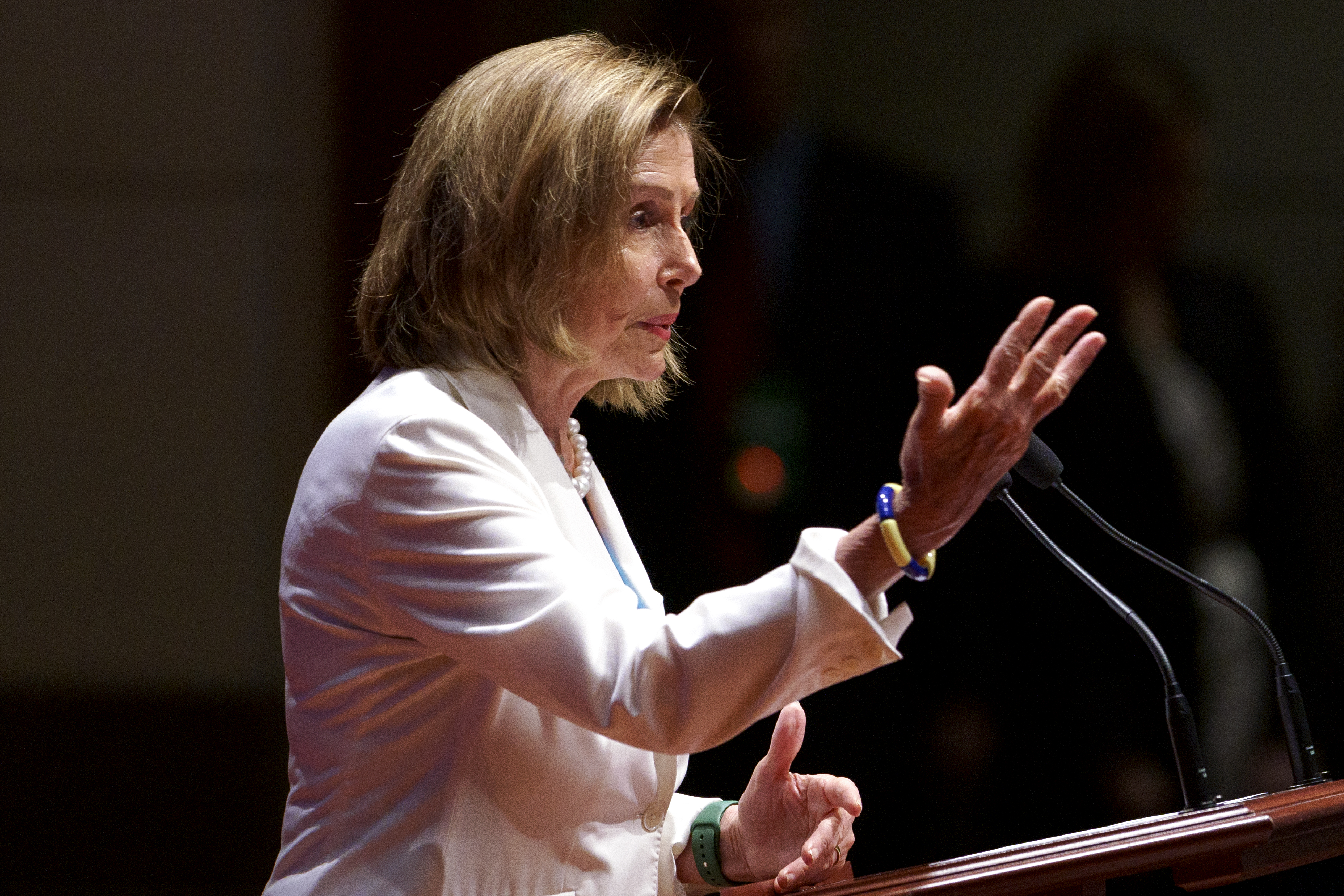 Speaker Nancy Pelosi had a message for Secretary of State Antony Blinken: Designate Russia as a state sponsor of terrorism — otherwise, Congress will.

The warning, made on a call between the two earlier this week, was described to POLITICO by two sources familiar with the conversation. Spokespersons for the State Department and Pelosi’s office declined to comment.

Congress gave the power to label another country as a state sponsor of terrorism to the secretary of state. Some in Congress, though, say lawmakers could pass a law to make the designation without the State Department, thus pressuring Russian President Vladimir Putin on their own.

“There’s no legal reason Congress could not pass legislation to effectively designate Russia as a state sponsor of terrorism,” a Democratic aide said. “Congress passing legislation is obviously a more complicated route than the secretary making the designation, but it would give the administration the political cover it needs to escalate economic pressure and rhetoric against Putin.”

Sens. Lindsey Graham (R-S.C.) and Richard Blumenthal (D-Conn.), for example, introduced a bill in May that would both underline the Senate’s view that Russia engages in acts of terrorism, but it mainly calls on Blinken to make the designation official. They traveled to Kyiv earlier this month to promote the measure alongside Ukrainian President Volodymyr Zelenskyy, who supports the U.S. officially placing the label on Russia. A similar resolution was also introduced in the House.

Pelosi said Thursday morning that a state sponsor of terrorism designation for Russia is “long overdue.”

Pelosi’s comments to Blinken highlight the chasm in the actions lawmakers want the administration to take and what the secretary is comfortable doing. Members of the House and Senate push for the designation, which compels the U.S. government to restrict foreign assistance, curtail defense exports and sales, place controls on exports of dual-use items, and more.

The label also “implicates other sanctions laws that penalize persons and countries engaging in certain trade with state sponsors,” per the State Department, meaning the U.S. may have to expand its sanctions much more broadly than specific sectors of the Russian economy. The current four U.S.-designated state sponsors of terrorism — Cuba, North Korea, Iran and Syria — trade far less with the world than Russia does.

That may explain why the State Department has long been skeptical of what that move would accomplish.

“The sanctions we have in place and have taken are the same steps that would be entailed by the designation of a state sponsor of terrorism,” State Department spokesperson Ned Price told reporters in April, adding: “We’ll take a close look at all potential authorities. This is one of them.”

Some experts, though, say the move would ratchet up the pressure on the Kremlin and make all dealings with Russia for U.S. persons near impossible. “Labeling Russia as a state sponsor of terrorism would be significant because it’s a blanket measure,” said Edward Fishman, an expert on sanctions at the Atlantic Council think tank in Washington, D.C. “It injects a risk into all dealings with Russia.”

That said, he noted Congress hasn’t yet made a major move to punish Russia five months into the war. For secondary sanctions and beyond, “having a congressional mandate makes those sanctions far more effective,” Fishman said.

Russian forces have attacked numerous civilian targets, including schools and hospitals and places where civilians have taken refuge. The invasion has resulted in countless civilian deaths.

If either resolution passes on Capitol Hill — or a full terrorism sponsor designation gets through both chambers — Blinken may feel more pressure to side with lawmakers and make the designation.

Andrew Desiderio and Bryan Bender contributed to this report.