The big question when Pope Francis visits Canada: Who is he apologizing for? 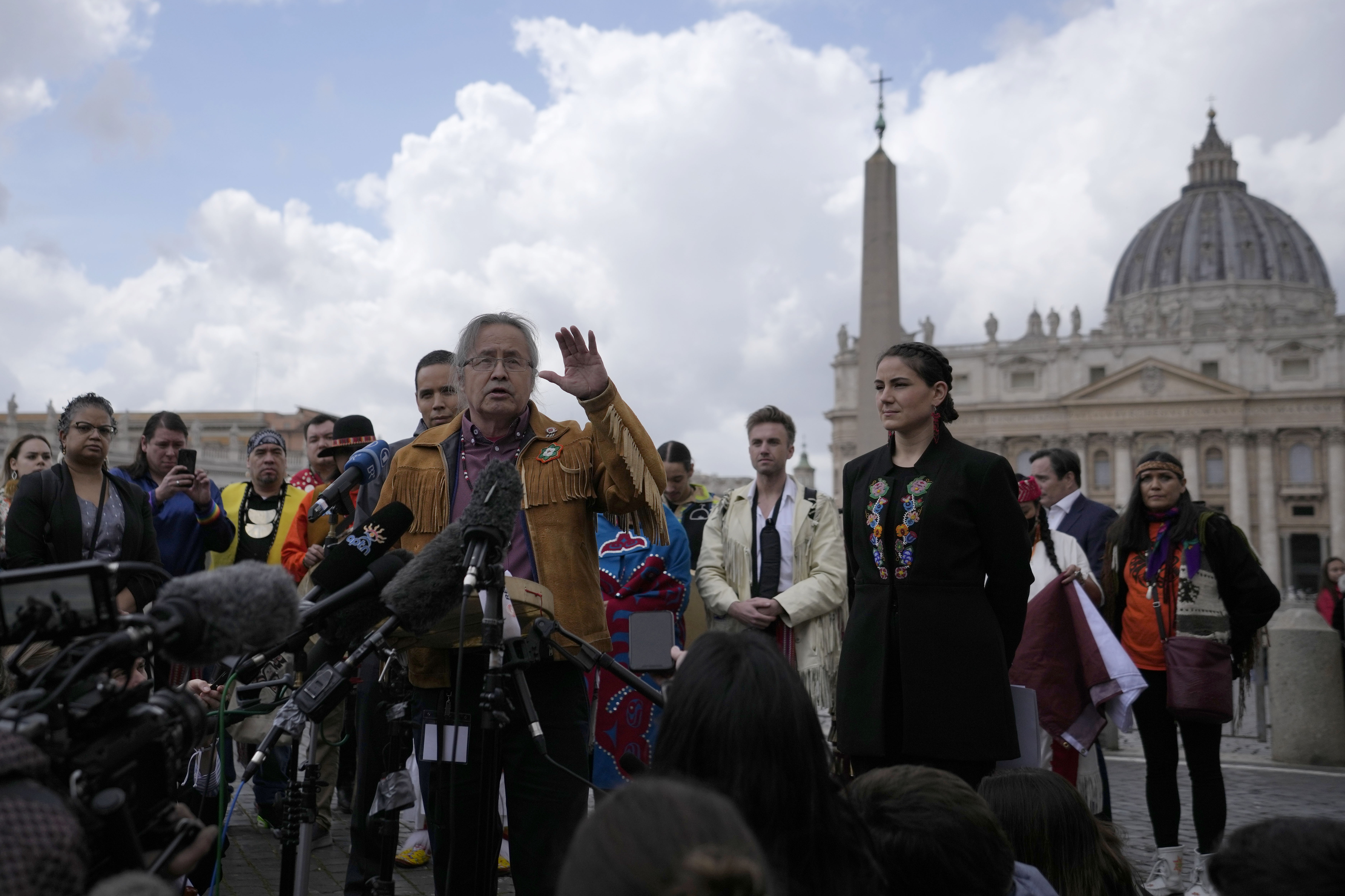 OTTAWA, Ont. — Pope Francis’ historic visit to Canada, framed by the Vatican as a “pilgrimage of penance” to territories of first peoples, could open a profound new period of healing for those who suffered under the stifling custody of the church, as well as their descendants.

It all depends on the words the pope chooses.

“I hope that what survivors are seeking is actually what they get from this visit,” said Lori Campbell, the University of Regina’s associate vice president of Indigenous engagement. “My fear is that it will not meet their expectations and just cause further harm.”

As the Catholic world turns its eyes to Canada with the weeklong papal visit that gets underway next week, every conceivable stakeholder agrees on the need for the pope to apologize to Indigenous survivors of residential schools meant to wipe out their culture — a system derided as “cultural genocide” by a high-profile Truth and Reconciliation Commission report in 2015.

But that’s where the consensus between First Nations survivors and Catholic bishops in Canada reaches a dead end.

In April, when a group of survivors visited the Vatican, the pontiff surprised many of them by apologizing during a private audience.

Francis expressed the “sorrow and shame” he felt “for the role that a number of Catholics, particularly those with educational responsibilities, have had in all these things that wounded you, in the abuses you suffered and in the lack of respect shown for your identity, your culture and even your spiritual values.”

He then qualified his words of remorse.

“For the deplorable conduct of these members of the Catholic Church, I ask for God’s forgiveness and I want to say to you with all my heart: I am very sorry. And I join my brothers, the Canadian bishops, in asking your pardon.” 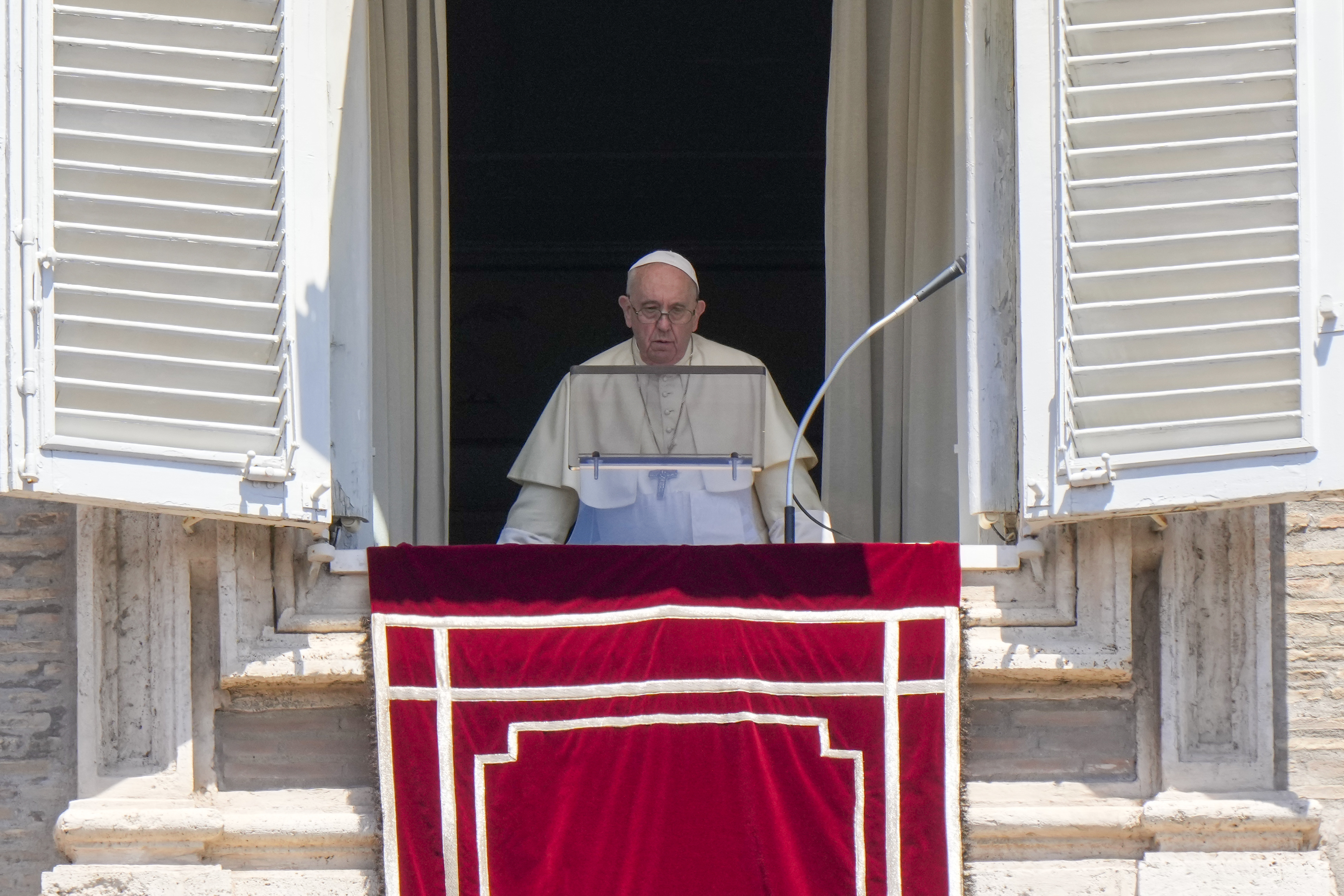 The survivors who were in Rome in April expect the pope to go further when he arrives on Treaty Six territory — the name of the numbered treaty reached between First Nations and the Canadian government in 1876 on the land that now comprises parts of the present-day provinces of Alberta and Saskatchewan.

After their trip to Rome, the survivors’ committee submitted a draft apology to the Canadian Conference of Catholic Bishops that clearly assigned blame for residential schools to the church itself, not merely those who ran the institutions.

The proposed text would also have the pope rescind the doctrine of discovery, a worldview fueled by 15th-century edicts known as Papal Bulls that denied sovereignty of non-Christian peoples as Europeans explored and claimed new lands.

Scholars draw a direct line between that doctrine and the well-documented dehumanization of Indigenous children at residential schools.

Kenneth Young, a survivor who sits on the committee that proposed the text of an apology, said the bishops wouldn’t commit to discussing the draft with the Vatican.

Still, he holds out hope that Francis will take full responsibility on behalf of the church.

“I’m optimistic that he will,” Young said. “But if he doesn’t, I’ll be very disappointed. I would consider his trip to have been a waste of time.”

Phil Fontaine, the two-time national chief of the Assembly of First Nations, was in the room when the pope apologized this spring. That was Fontaine’s second trip to the Vatican. He was also there in 2009 when Pope Benedict XVI stopped short of an apology.

If Francis does express regret on behalf of the institution he leads, Fontaine says those words will have deep meaning. “He’s like a rock star. What he has to say, people listen. Parse every word, every sentence. Not to put too much on this, because he’s not a mythical figure,” Fontaine said. “But he can be like that.”

The Indian Residential Schools Settlement Agreement pegged the number of church-run, federally funded institutions in Canada at 139. They first opened in the 1870s, and the last school closed in 1997. More than 150,000 Indigenous children were forced to attend them, and more than 6,000 are estimated to have died as a result of disease, malnourishment and suicide, among other causes. The children often faced physical and sexual abuse.

Cynthia Wesley-Esquimaux, the chair on Truth and Reconciliation at Lakehead University in Thunder Bay, Ont., said a papal apology at the very least changes the stories that Indigenous people can pass on to future generations.

“People will now have a story to tell their children, their grandchildren, about the pope’s visit, and about his acknowledgment that this damage has been done,” she said. “It will also help to explain to Canadians generally that this is the truth of the reconciliation story.”

But the apology itself won’t chart a path forward, Wesley-Esquimaux said. Seven years after the TRC report landed on the desks of policy makers and the front pages of Canadian newspapers, she said it’s hard to know how to finish the job.

“I work on reconciliation every day. And I just call it the paradox of reconciliation,” she said. “We say all these things, but what are we doing? What’s the end goal? How will we know when we get there?”

Indre Cuplinskas, associate professor and associate academic dean at the University of Alberta’s St. Joseph’s College, said the trip offers Catholics a renewed opportunity to engage with Indigenous people on a spiritual level. 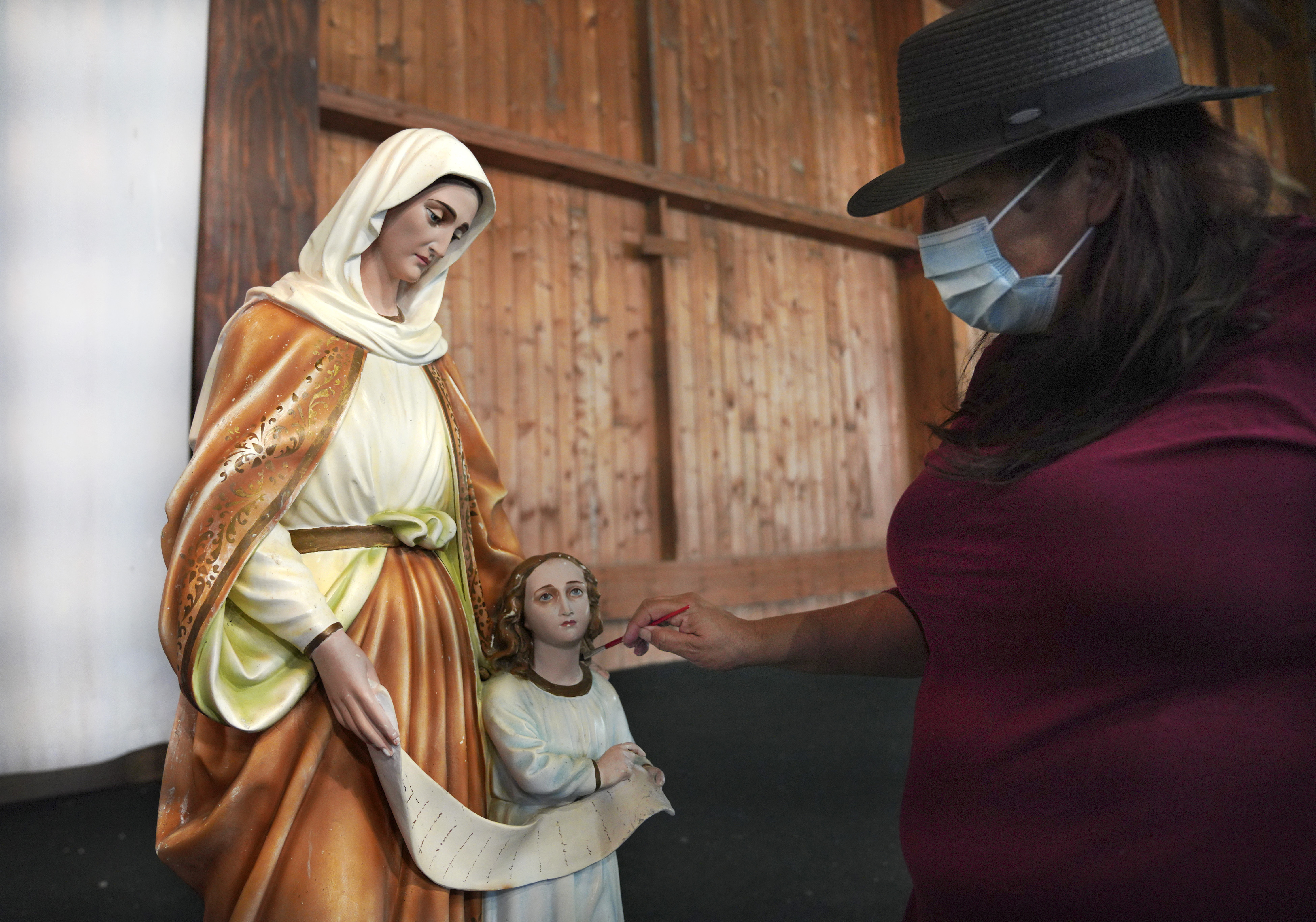 The pope’s visit will bring a measure of peace to residential school survivors, Wesley-Esquimaux said. “It’s an ugly foundation, but there’s some beauty in this.”

Francis’s six-day Canadian journey starts in the Edmonton area, where he’s scheduled to arrive Sunday morning, and will rest for the remainder of the day. The 85-year-old pope is bothered by a knee injury that forced the cancellation of trips to South Sudan and the Democratic Republic of the Congo this month.

His handlers are limiting his time at any one event to a single hour.

First on Monday’s agenda is a visit to Maskwacis, home to the former Ermineskin Residential School — one of Canada’s largest when it was operational. Later, he’ll meet with Indigenous people at Edmonton’s Sacred Heart Church of the First Peoples.

The pope then travels 60 kilometers northwest of the city on a pilgrimage to Lac Ste. Anne, where members of the Alexis Nakota Sioux Nation reside on the western shores. The Cree word for the body of water is Wakamne, which translates to God’s Lake.

The lake’s magnetism as a spiritual center predates European settlement, but it also attracts one of the largest Catholic pilgrimages in western Canada every July.

At a Thursday news conference led by several First Nations leaders who will participate in the papal visit, Chief Tony Alexis acknowledged the pope coming to his people’s territory along the lake’s shores “evokes complex feelings.”

Many are practicing Catholics, he said, and they’ll feel “a moment of celebration and acknowledgment.” Others are “angry and still, struggling,” Alexis said. “They do not want to forgive the church, and how the church’s actions change the trajectory of their lives.”

Still others, he said, will seek acceptance from the church.

“For our elders, and community members who practice our ancient customs, tradition and ways of knowing and doing, they are skeptical of what this means,” Alexis said. “They want acceptance. We all pray in our own way, and to the same spirit, the same God.”

Randy Ermineskin, the chief of Ermineskin Cree Nation, was asked at the news conference how Canadians can contribute to reconciliation after the pope’s visit.

“It’s time to get uncomfortable for many average Canadians,” he said.