The oft-maligned tax increase on the verge of becoming law 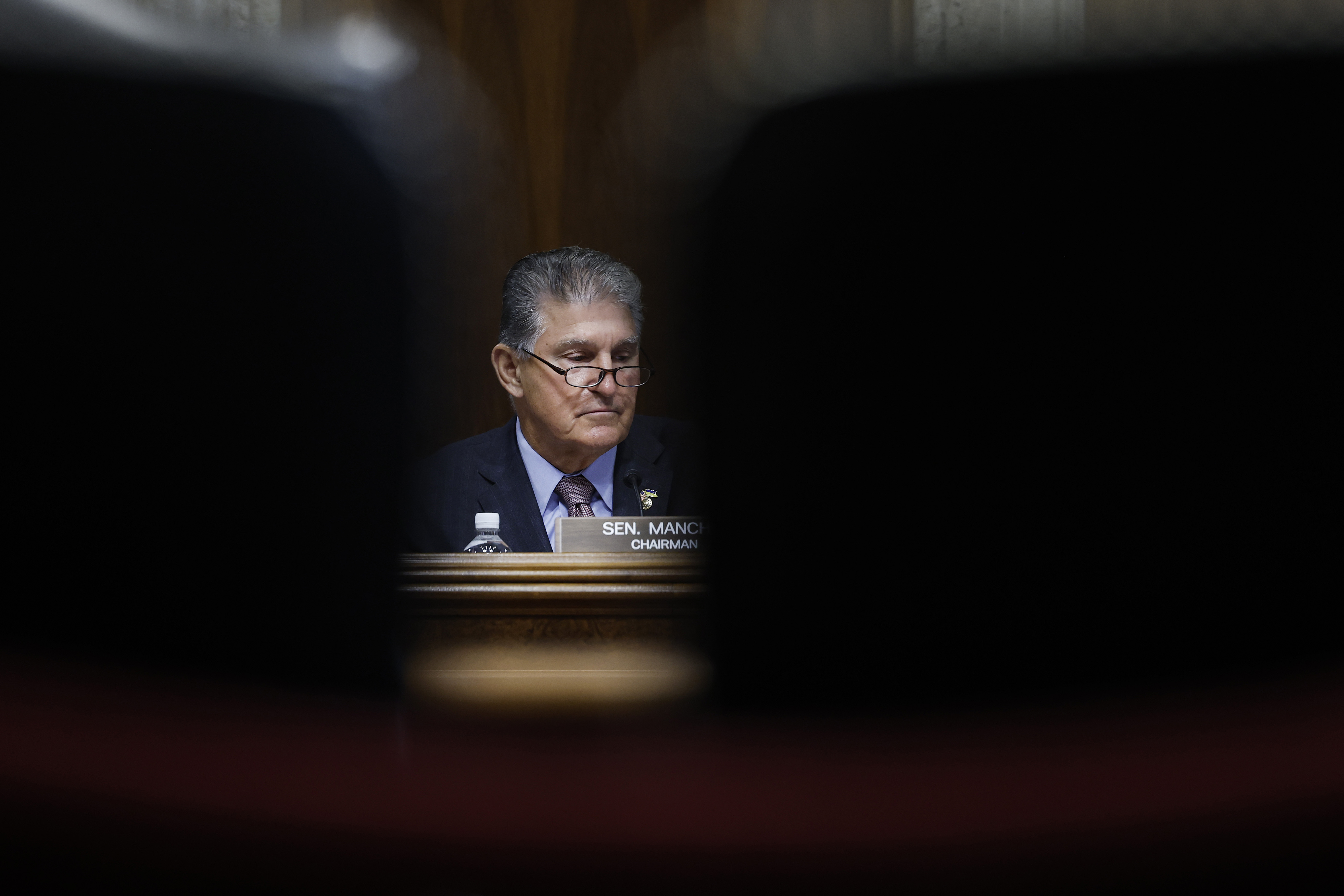 Sen. Joe Manchin, in an unlikely alliance with progressives, may get the last laugh on the tax cognoscenti.

Their new minimum tax on big corporations, now on the cusp of becoming law, was never taken very seriously by much of Washington’s tax world. Lobbyists, staffers, think tankers and others tended to look down on it as a third-rate proposal — too messy and complicated, with lots of unintended consequences, to actually make it into law.

Congress had already tried something like this before, in the 1980s, the critics noted, and dumped the idea after only a few years.

Even some Biden administration tax honchos were not enamored with the plan.

That may have been an advantage for supporters.

Underestimated by Washington, the so-called book income tax flew under the radar even as other tax proposals taken much more seriously fell apart.

(Though it sounds similar to the book income minimum tax, with the same 15 percent tax rate, the global minimum tax is an entirely separate proposal.)

Now, the book income proposal is one of the last tax increases standing.

After a year-and-a-half debate, during which Democrats considered and discarded more than 40 other possible tax hikes, just two have survived: the book income tax and a much smaller proposal targeting so-called carried interest important to some Wall Street money managers.

Both are part of an agreement between Manchin (D-W.Va.) and Senate Majority Leader Chuck Schumer that Democrats are now scrambling to push into law.

So the book income proposal, which would be a major change in how large companies are taxed, is suddenly getting a lot more attention.

“I’ve probably fielded 300 questions from clients over the course of the last 12 hours asking, ‘What is this?’” said Pat Brown, co-leader of the national tax office at the consulting firm PwC.

It’s designed to go after companies that report big profits to Wall Street but appear to pay little or nothing to the IRS. Firms making $1 billion would be required to pay at least 15 percent on the profits they report to investors.

About 150 companies would owe an additional $313 billion over the next decade because of the tax, according to the official Joint Committee on Taxation.

In 2020, about 55 large profitable companies did not pay any federal income tax, the liberal Institute on Taxation and Economic Policy says.

“Many people in West Virginia don’t — couldn’t believe that corporations aren’t paying anything,” said Manchin on NBC’s Meet the Press.

Throughout the wrangling over President Joe Biden’s tax and spending plans, Democrats agreed on raising taxes on big corporations and the well-to-do, but a book tax was never their first choice.

The administration spent far more time pushing to tax the unrealized capital gains of the uber rich and ending a provision known as “stepped-up basis at death” that allows wealthy people to pass assets to heirs tax free when they die, and revamping the international tax system.

The minimum tax didn’t even make the first draft of Democrats’ reconciliation plan.

Though the House Ways and Means Committee initially endorsed $2 trillion in tax increases, the minimum tax was not among them. Democrats were more focused on things like rolling back President Donald Trump’s steep cut in the corporate tax rate.

Of all the tax increases Democrats have proposed since Biden took office, few were more unloved among Washington’s tax wonks than the book income tax.

Many complained that if there are tax breaks in the code that lawmakers don’t like, they should remove them — not limit companies from claiming “good” and “bad” tax breaks alike.

Even worse, they said, this minimum tax is extremely complicated.

Companies would have to pay 15 percent not on the income they report to the IRS, but on the earnings they report to the Securities and Exchange Commission. Those two things are based on entirely different and separate accounting systems, and bringing them together introduces lots of difficulties.

Even accountants said the complexity would be too much. “The proposed minimum corporate tax violates numerous elements of our twelve guiding principles of good tax policy,” the American Institute of Certified Public Accountants said in a letter last month to lawmakers.

And the combination of the two accounting systems would yield some surprising results.

Though lawmakers say the tax is aimed at companies like Amazon, roughly half the tax would be paid by manufacturing firms, according to JCT.

That’s because companies that spend lots of money on equipment get big deductions for those expenses, which are treated very differently under the two accounting systems.

“The impact of accelerated depreciation can be to drive your tax rate very low when you make new capital investments and that would reduce your regular tax liability — now it can potentially cause you to be subject to this new minimum tax,” said PwC’s Brown.

That is giving Republicans an opening.

“This is a domestic manufacturing tax, plain and simple” that risks “exacerbating supply-chain disruptions,” said Sen. Mike Crapo of Idaho, the top Republican on the tax-writing Finance Committee.

Democrats are taking special steps in the legislation to prevent the minimum tax from clawing back certain benefits, including renewable energy and research-and-development breaks. A new credit for semiconductor companies recently approved by Congress would also be protected.

Because companies would be taxed on the earnings they report to shareholders, some may understate their profits in order to cut their tax bills, which could make it harder for investors to gauge the financial health of companies.

Democrats acknowledge the proposal is not especially popular or ideal.

“If you got a bunch of tax experts together and had them vote on corporate reforms raising $300 [billion], this book min tax probably wouldn’t win the tax expert popularity contest,” said David Kamin, a former top tax aide to Biden, writing on Twitter.

“This book min tax on corps is a lot better than nothing, which is the alternative.”

In an interview last month with the Tax Policy Center, former Biden tax official Kim Clausing said the plan is “not first or second best.”

But she and others say it’s the best Democrats can do under the circumstances.

It’s too hard to fight to uproot individual tax preferences because beneficiaries go to war to save them. Easier to just say companies should be paying 15 percent and leave fuzzy what that would mean for individual tax breaks.

Supporters shrug off complaints that the proposal is too complicated, saying corporations have big tax departments that can handle the complexity.

“If this is the best thing we can get right now, that’s still pretty good,” said Steve Wamhoff, a former aide to Sen. Bernie Sanders (I-Vt.), now director of federal tax policy at ITEP. “This will address some of the worst corporate avoidance that we’ve documented over the years.”

And though the proposal itself may be convoluted, Democrats’ message with the plan heading into the November elections is not.

“It’s a very straight-forward thing for lawmakers to explain and a simple thing for voters to understand,” said Wamhoff.

“They can tell people, ‘I’m going to make sure that these corporations are paying taxes.”