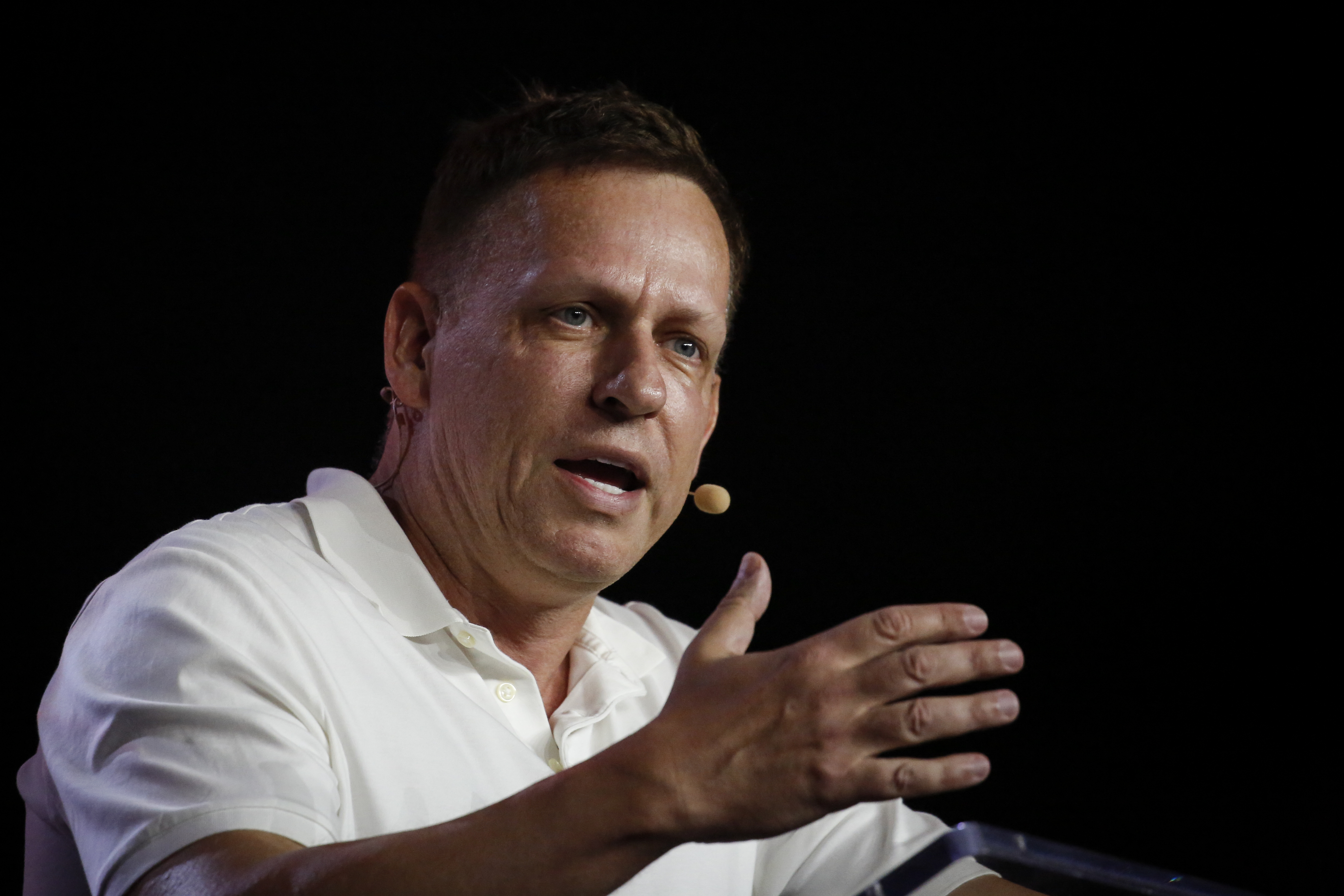 Billionaire Peter Thiel’s support for Arizona Senate candidate Blake Masters has now grown to $15 million as the venture capitalist and tech entrepreneur continued this month to pour money into the race to boost Masters’ cash-strapped campaign.

Thiel made an additional $1.5 million donation to the pro-Masters Saving Arizona super PAC on July 7, according to a Thursday filing with the Federal Election Commission. Masters’ own campaign has been significantly outspent on television by Republican primary opponent Jim Lamon, but the super PAC and other outside groups have spent heavily on his behalf to make up the gap. Masters has surged to the lead in public polling of the race for the GOP nomination with the help of Thiel’s super PAC funds and an endorsement from former President Donald Trump.

Masters is scheduled to appear at a rally with the former president Friday night in Prescott Valley, an event designed to boost several Trump-endorsed candidates who follow his false claim that the 2020 election was stolen. The primary is on Aug 2.

Lamon, a solar power executive, has loaned his campaign more than $14 million while Masters has relied heavily on support from Thiel, his friend and longtime employer. Masters earlier this year stepped away from his job at Thiel Capital.

FEC filings this week showed that as of mid-July, Masters’ campaign had $1.5 million in cash on hand — but most of that sum, $1.3 million, can only be used in the general election because it came from donors who had already contributed the maximum amount for Masters’ primary campaign. In a final sprint before the primary, Masters has loaned his campaign more money, putting in $639,000 in the past three weeks.

Lamon, meanwhile, has also plowed through his funds, now reporting $437,894 in cash on hand this month.

The contest for the Republican Senate nomination determines who will face Democratic Sen. Mark Kelly in November, a key battleground election in the fight for control of the Senate.

Lamon to date has spent more than $9 million on television ads, including a series of advertisements attacking Masters’ ties to the tech world. The latest in Lamon’s series of attack ads opens with a recently uncovered 2008 satirical video of Masters rapping — lamenting how rappers “get no hoes” — and features a clip of Masters earlier this year touting Ted Kaczynski, the “Unabomber,” as a “subversive thinker that’s underrated.” The ad ends by calling Masters a “California liberal.”

A spokesperson for Lamon’s campaign said the latest television, broadcast and cable buy starts Saturday and will exceed half a million dollars.

Saving Arizona, meanwhile, has dropped $7.8 million on ads to boost Masters — far exceeding Masters’ $1.4 million on television, according to the ad tracking service AdImpact. Thiel similarly spent $15 million to support J.D. Vance, another young business associate, who won the Republican Senate nomination in Ohio in May.

Masters also has the backing of Club for Growth and its aligned Crypto Freedom Fund, which have collectively spent nearly $3 million on ads in the race. The groups have attacked Lamon for his business ties to China.

Publicly released polls in the last month have shown Masters with a double-digit lead over Lamon, though at least a quarter of primary voters remain undecided, the polling shows.