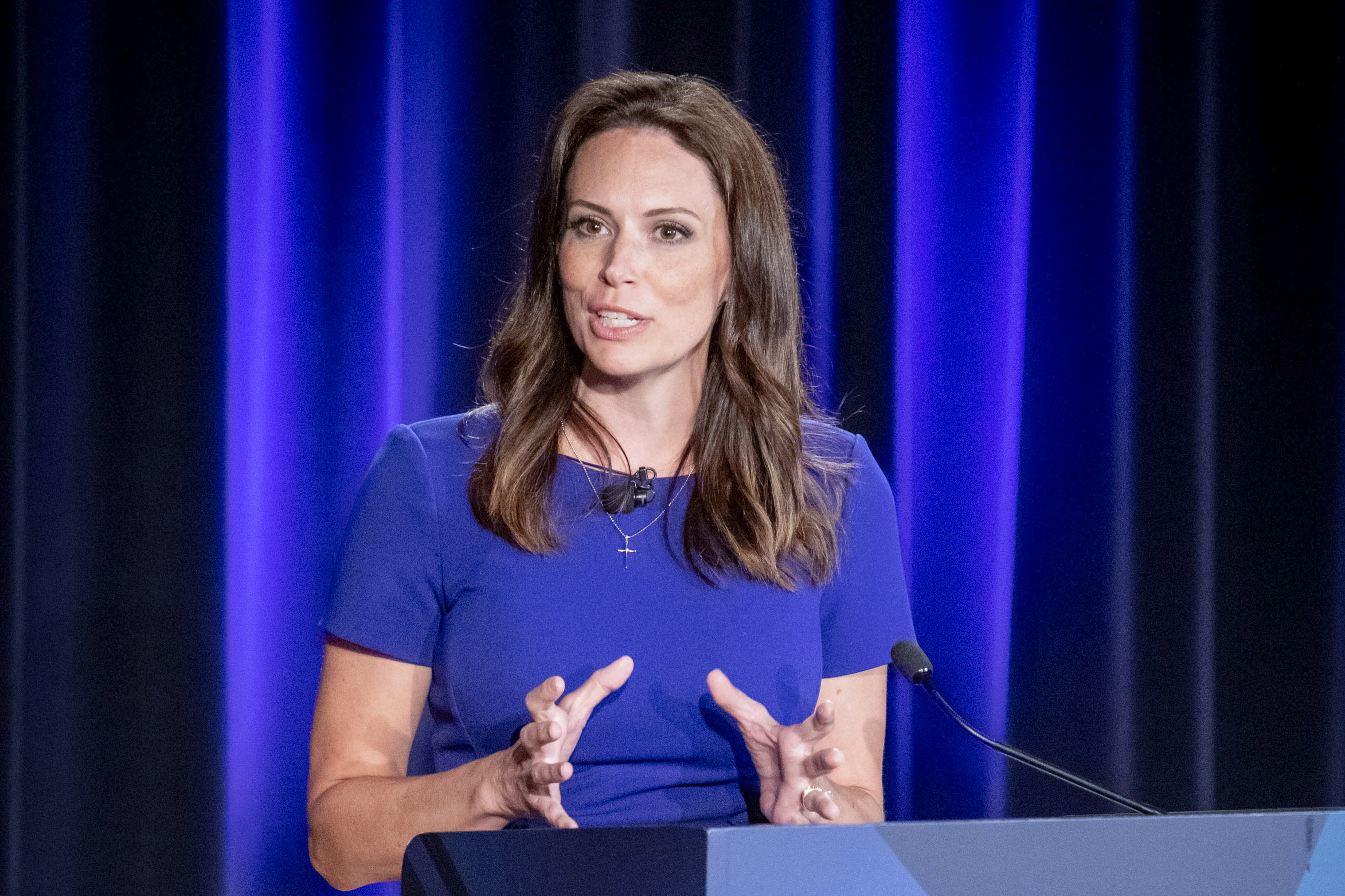 Dixon is facing off against four other Republicans on Tuesday for the right to face Democratic Gov. Gretchen Whitmer. The contest is expected to be one of the most competitive gubernatorial races of the cycle.

“When I met Tudor Dixon, she was not well known, but I could tell she had something very special,” Trump said in his Friday evening endorsement, taking credit for boosting her campaign “like a rocket ship” after he praised her on stage during an April rally.

The Republican primary in the state has been one of the most chaotic races this cycle. A pair of leading candidates — former Detroit police chief James Craig and self-described “quality guru” Perry Johnson — were booted off the ballot after election officials uncovered a large amount of fraudulent signatures on their nominating petitions. Ryan Kelley, another candidate in the race, was then arrested by the FBI for his participation at the Jan. 6 insurrection at the U.S. Capitol.

Dixon’s top competitor for the nomination is likely Kevin Rinke, a first-time candidate and businessman who has poured millions into the contest. But since the signature scandal, Republican power centers in the state have coalesced around Dixon.

She has scored endorsements from the state Chamber of Commerce, the anti-abortion group Michigan Right to Life and others.

Perhaps most prominently, the DeVos family — a mainstay of Michigan’s conservative movement that includes former Trump-era Secretary of Education Betsy DeVos and her husband Dick DeVos, the 2006 GOP gubernatorial nominee — got behind Dixon.

Even before Trump’s endorsement, Dixon was seen as the nominal favorite in the primary. But Michigan operators speculated leading up to Trump weighing in that his endorsement could help seal the nomination for her.

Whitmer, the incumbent Democratic governor, has sought to anchor her campaign in defense of abortion rights in the state, with Democrats hoping to draw a contrast with Dixon, who made headlines last week for defending an abortion ban without exceptions for rape or incest.

Republicans, meanwhile, have sought to tie Whitmer to the state of the economy, and have attacked her for her pandemic-era lockdown policies, calling her a hypocrite for breaking them.

Ahead of the primary, POLITICO’s election forecast rates the race as leaning Democratic.