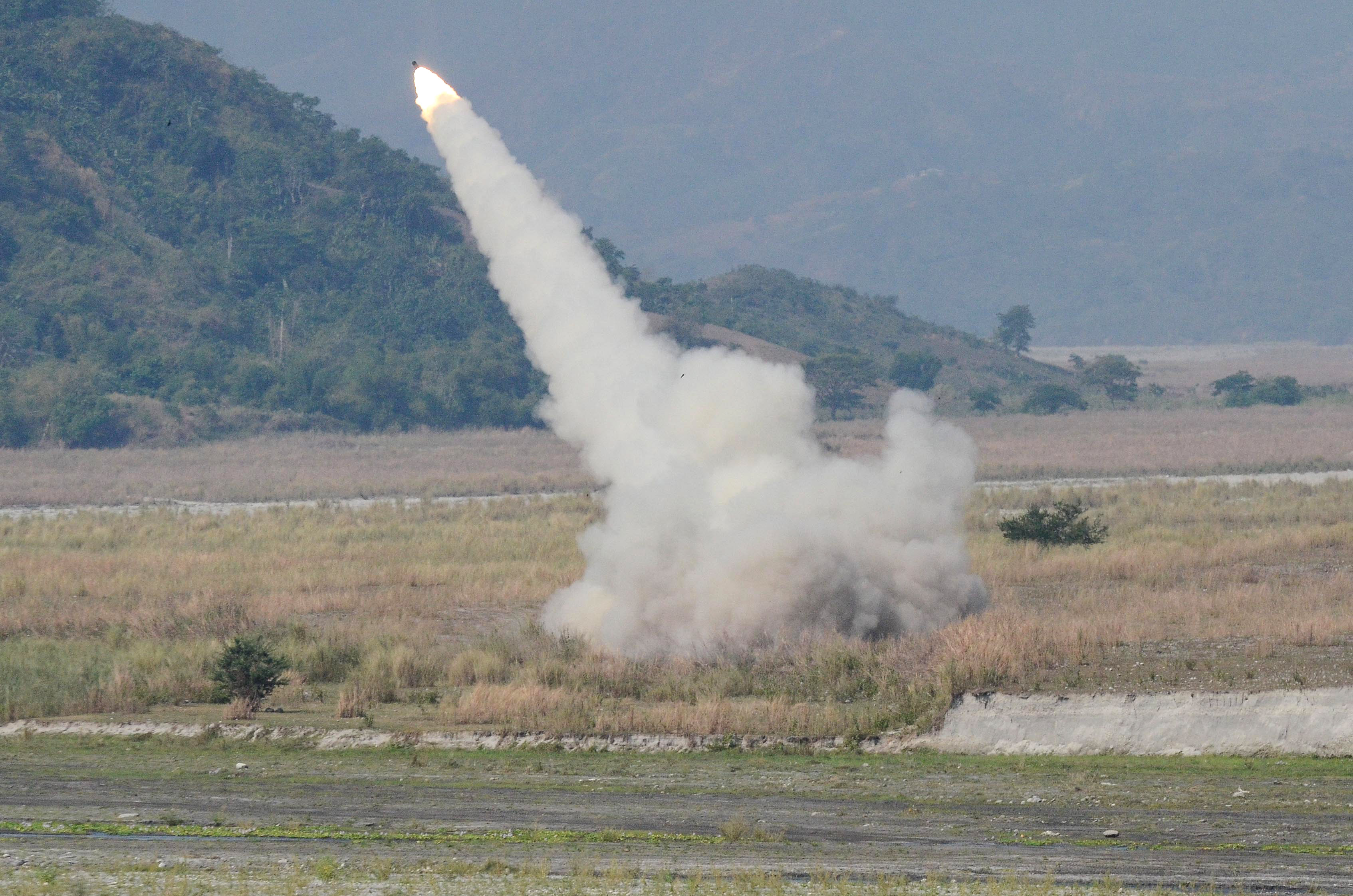 Austin, speaking at the fourth meeting of the Ukraine Defense Contact Group, said Ukrainian forces have been using the High Mobility Artillery Rocket Systems “so effectively” in the fight against invading Russian forces, and that the weapons “have made such a difference on the battlefield.”

The U.S. has already transferred 12 such rocket launchers to Ukraine as part of its military assistance to the country, and has trained 200 Ukrainians on using the system, Gen. Mark Milley, Joint Chiefs chair, told reporters after the meeting.

These strikes are “steadily degrading the Russian ability to supply their troops command and control their forces and carry out their illegal war of aggression,” he said.

At the afternoon press conference, Austin joined Milley and said the international community is intensifying efforts to send military equipment to Ukraine, as Russian forces continue relentlessly shelling cities across the country.

“We understand the urgency, we’re pushing hard to maintain and intensify the momentum of donations,” Austin said. “We’re seeing countries from all around the world continue to step up with critically needed systems and ammunition.”

The war, which has now dragged on for five months, continues to be a “battle of attrition,” where sustainment and long-range fires are critical to both sides, Milley said. In the near-term, he expects Russia will continue its heavy shelling of Ukrainian positions in the east to achieve “limited gains,” but these gains have come at an “incredible cost” to Moscow, in terms of lives and equipment, he stressed.

Ukraine’s eastern Donbas region is “not lost yet,” Milley stressed. “The Ukrainians are making the Russians pay for every inch of territory that they gain.”

Meanwhile, Ukrainians are also resisting Russian forces in occupied territory in other parts of the country, Milley said.

“So the Russians are challenged not only to their front with the Ukrainian conventional forces, but they’re also challenged in [other] areas,” Milley said. “Ukraine has a very effective resistance network setup.”

This week, the Biden administration will roll out another round of aid, which will mark the 16th drawdown of equipment from the Defense Department’s inventory since last August, Austin said.

In addition to the four HIMARS, the new military assistance will include “more rounds of [multiple launch rocket system] and artillery ammunition,” Austin said.

The U.S. most recently shipped rocket launchers to Ukraine as part of a $450 million military assistance package announced last month. So far, the United States has spent roughly $6.1 billion on military aid to Ukraine since the start of Russia’s invasion in February.

Meanwhile, the Air Force’s top general on Wednesday hinted that Kyiv could be getting fourth-generation fighter jets as well. Speaking at the Aspen Security Forum, Gen. C.Q. Brown did not rule out the possibility that the U.S. or its allies could provide Ukraine with fighters, naming a number of possible platforms that could be sent.

“There’s U.S., there’s Gripen out of Sweden, there’s the Eurofighter or the Rafales. So there’s a number of different platforms that could go to Ukraine. … It’ll be something non-Russian, I could probably tell you that. What I can’t do is tell you what it’s going to be,” Brown said.

Earlier in the day, Brown told Reuters that the U.S. and allies are starting to look at options to train Ukrainian pilots. But Milley said there have been no final decisions.

Also on Wednesday, Russian Foreign Ministry Sergey Lavrov announced that Moscow’s military objectives in Ukraine are extending beyond the eastern Donbas region and now include seizing portions of Ukraine’s south.

But Austin dismissed Lavrov’s comments, saying he has been given bad information.

“I think he’s talking to people in Russia, who have been ill-informed throughout,” Austin said.

Austin also warned Tehran against providing drones to Russia for the conflict, after national security adviser Jake Sullivan announced that such a deal was in consideration.

“We would advise Iran to not do that. We think it’s a really, really bad idea,” Austin said.

Alexander Ward contributed to this report.