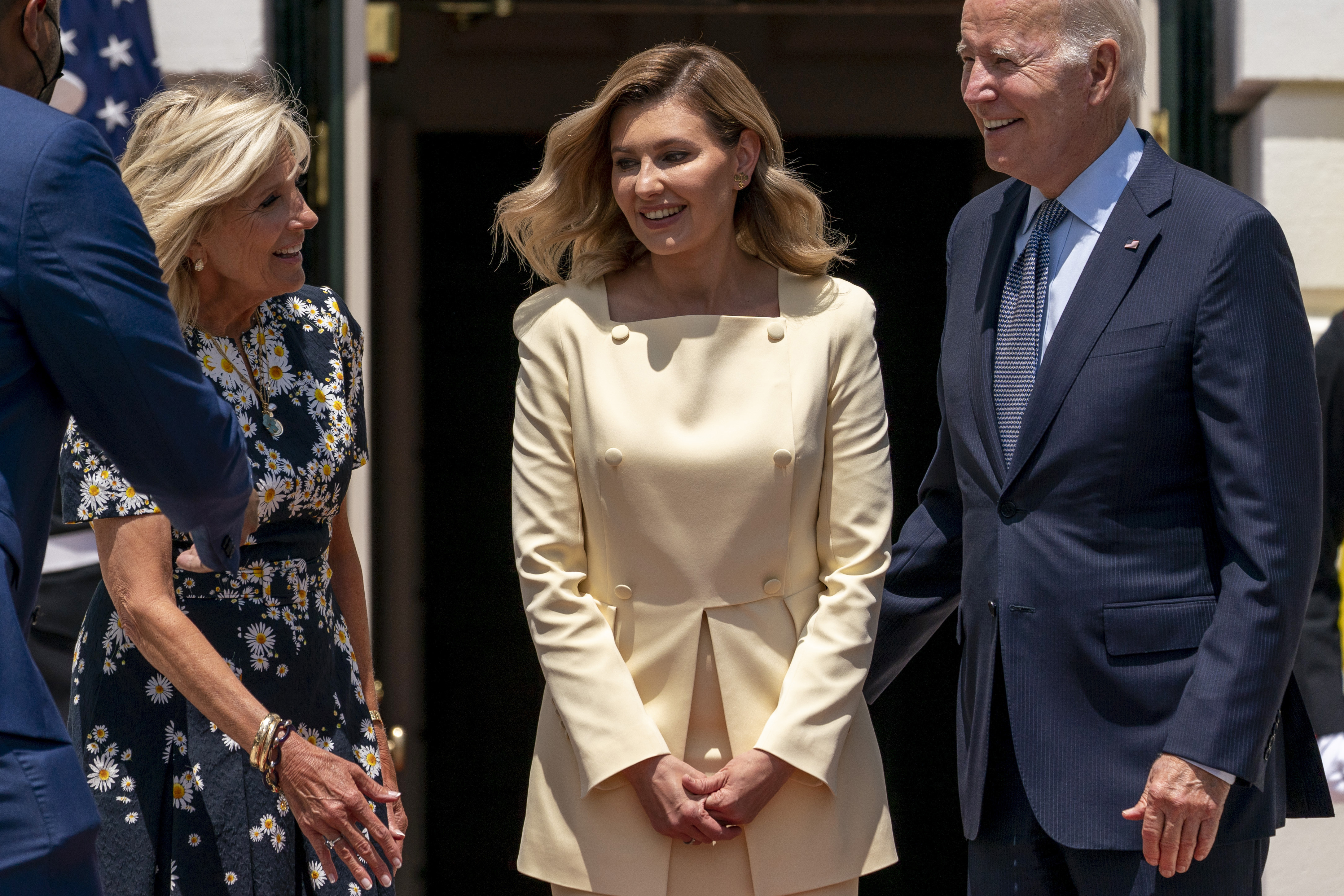 Ukraine’s first lady, Olena Zelenska, visited the White House on Thursday to meet with first lady Jill Biden about the war Russia is waging in her country, as part of a bilateral meeting of Ukrainian and U.S. officials.

The two women planned to discuss “the human cost of Russia’s aggression to Ukraine,” according to the White House. Biden moderated a bilateral meeting with U.S. representatives, including second gentleman Doug Emhoff and Surgeon General Vivek Murthy, and Ukrainian representatives who included the country’s ambassador to the United States.

Zelenska was greeted at the White House by both the first lady and President Joe Biden, who gave her a bouquet of blue, yellow and white flowers.

In later remarks, Jill Biden said she had spoken with her team about improving mental health for mothers and children who had “really suffered such tragedy and atrocities” in the war, according to pool reports.

“You cannot go into a war zone and come back and not feel the sorrow and pain,” Biden said on Thursday of her visit to Ukraine in May. The American first lady made a surprise visit to the country on Mother’s Day.