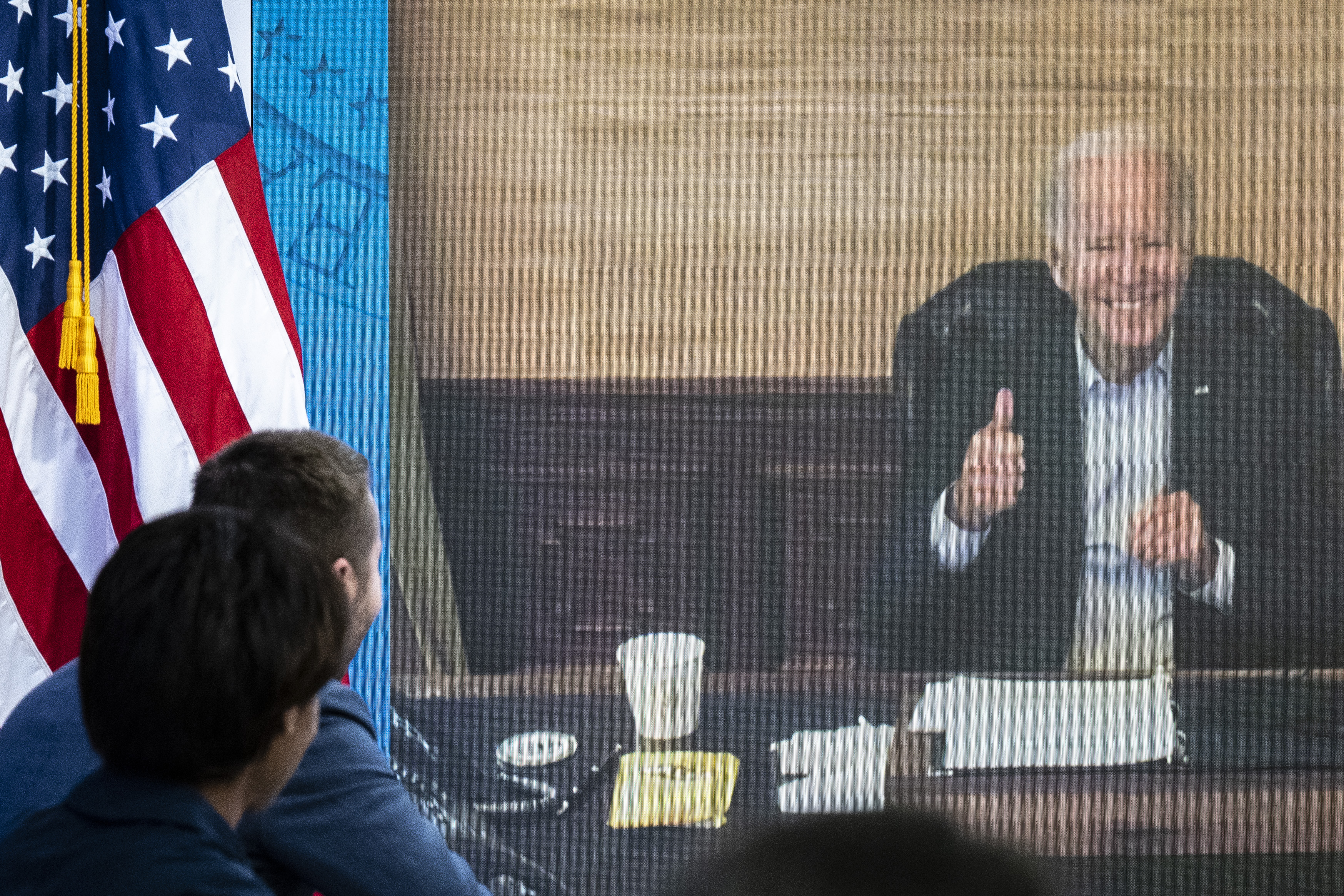 Biden finished a third day of treatment with the antiviral Paxlovid on Saturday night and his “predominant symptom now is a sore throat,” wrote Kevin O’Connor, the physician to the president. He noted that the sore throat was likely a result of Biden’s body clearing the virus, and that the previously reported nasal drip, body aches and cough have “diminished considerably.”

O’Connor also wrote that Biden was experiencing no shortness of breath and that his blood pressure, respiratory rate and temperature remained normal. He said the president would continue taking Tylenol, using an inhaler for his cough and hydrating.

The White House announced Thursday that the president had tested positive for the virus and was experiencing mild symptoms. Officials noted that Biden had received a second Covid booster shot.

The president, who is 79 years old, also began taking the antiviral the day of his positive test. Pfizer says Paxlovid has been shown, if taken in the first five days of symptoms, to reduce the hospitalization and death risks by 90 percent for high-risk patients.

The White House faced criticism over transparency regarding the president’s health, with Sunday news show hosts pressing Biden’s top Covid adviser on why reporters had been unable to interview the president’s physician.

“Dr. O’Connor and I are speaking multiple times a day,” Ashish Jha said on ABC’s “This Week with George Stephanopoulos.”

“He’s speaking to Dr. [Anthony] Fauci. We are being very transparent, probably giving updates several times a day about how the president is doing. The president has a mild respiratory illness as of right now. And, in that context, we are making all of that information widely available every day to the American people.”